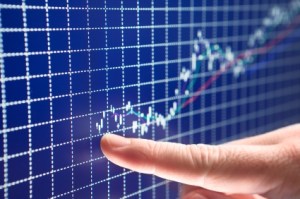 Mergers, acquisitions and IPOs for venture-backed startups were down in 2011 by some metrics and up by others.

However, companies in 2011 were exiting earlier than yesteryear’s counterparts. They took less capital along the way, and they also generated more money during their exit events than did exiting companies in 2010.

Throughout the past year, all exit activity combined brought in $53.2 billion, representing a 26 percent increase in capital raised from similar deals in 2010. Also, the median price paid for an acquired company rose by 77 percent to $71 million in 2011.

“Despite a slower acquisition pace capped with an uncharacteristic drop in deal activity in the fourth quarter, there are some positive signs heading into the new year,” said VentureSource global research director Jessica Canning in a statement.

“Acquisitions of companies liquidating their assets were halved in 2011 and companies are benefiting from lower start-up costs by taking capital farther toward a larger acquisition.”

Despite heavy turbulence in the general market beginning in August, 2011, the $5.4 billion raised from 45 startup IPOs in 2011 was higher by a significant percentage than the $3.3 billion raised by 46 such events in 2010.

Although a record number of IPOs were delayed in the week following the U.S. credit downgrade by Standard & Poor’s (and although a few IPOs went overseas), the year ended on a high note largely due to two IPOs: those of Groupon and Zynga, which raised $1.7 billion between them.

“The IPO market saw some gains through the first half of the year, but the momentum was not strong enough to survive the volatility in August,” said VentureSource editor Zoran Basich in a statement. “During 2012 we’ll get a sense of whether the last two years of flat IPO activity is the new normal for the industry or if there’s room to grow.”

Finally, 2011 saw a slump in fourth-quarter acquisition activity. Acquisitions in the fourth quarter were below third-quarter activity for the first time in five years. For all of 2011, 460 venture-backed startups were acquired for a total of $46.4 billion. These figures represent a 13 percent decrease from the number of M&As in 2010, but the amounts were up from 2010’s $35.6 billion total.