That’s an astonishingly low number, but it’s especially staggering because black women are the fastest-growing group of entrepreneurs in the nation. In fact,  60 percent of all black businesses are owned by women.

Yet, on average, black female founders raise $36,000 compared to the average $1.3 million raised by failed startups, according to Digitalundivided. The nonprofit formed a research initiative called #ProjectDiane to gather more data on tech founders who are women of color.

It turns out in the Midwest, some black female founders are raising significantly more than that $36,000 average, paving the way for greater successes in the future.

Recently, Chicago’s Star Cunningham, founder and CEO of health care startup 4D Healthware, was identified by Vanity Fair as one of 26 black female entrepreneurs who raised $1 million or more in fundraising as of mid-November.

4D Healthware has raised $2.2 million, but as Cunningham noted, not from venture capital firms. The company sought outside funding to power its virtual health management technology, which connects patients with clinical care outside of face-to-face interaction. Despite meeting with venture capitalists in the Midwest and across the nation, securing venture capital proved to be difficult.

“Once we raised the pre-seed round and did very well with those investment dollars, you begin to build a track record. And then when you’re able to secure customers and generate revenue, it becomes something that everyone is much more interested in,” said Cunningham.

For Patrice Darby, founder and CEO of GoNanny, a tech platform for childcare solutions, access to venture capital was also a challenge. 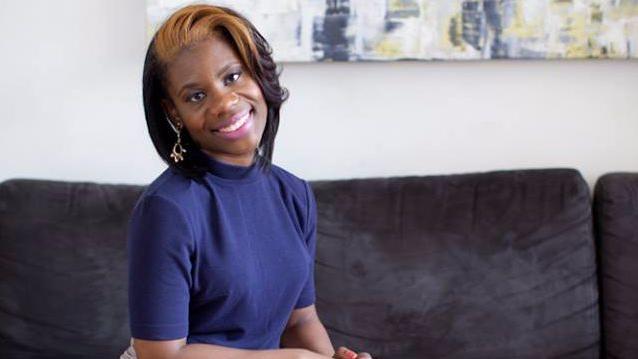 Above: Patrice Darby, founder and CEO of GoNanny

“It was very hard to get a meeting [with VCs], challenging to get emails opened. Here in Chicago, it’s not about what your company is doing but who can speak on your behalf. Who can give a recommendation so someone takes time to review who emails them,” said Darby.

Getting someone to speak on her behalf was no easy task.

For starters, Digitalundivided’s research found that there are just five black female venture partners, compared with 1,630 white male venture partners. And even these black female decision-makers are not always receiving the backing from their LPs to invest in more minority-led companies, especially in companies they may be uniquely poised to understand because of the markets they serve.

Darby says she did not know any investors, and those in her network didn’t either. Yet she had to commit to the fundraising grind.

After pouring her savings into GoNanny, and even selling off all the belongings in her apartment, she still did not have enough capital to support demand for the platform.

Finally, she secured her first investment from Pipeline Angels, which invests in women and non-binary femme entrepreneurs. According to Darby, Pipeline Angels is made up of the type of “smart capital” that understands the childcare market. Now that the investment door has been opened, Darby said GoNanny is undergoing due diligence with an undisclosed VC firm.

Dawn Dickson, founder and CEO of the Columbus-based retail technology company PopCom, built her credibility with investors through another venture-backed company, Flat Out Heels.

PopCom earned a spot in Techstars LA and raised venture capital despite struggling to find investors who understood the industry.

“The self-service retail space is not trendy or popular, and I have yet to meet one investor who had experience in the industry. Because I am a black female and did not attend an Ivy League university, that does have a direct correlation to why many investors did not already know me. I was not in their network initially, but I worked my way in. Once the investors got to know me better and my story, they invested in me because they invest in people, not ideas,” said Dickson. 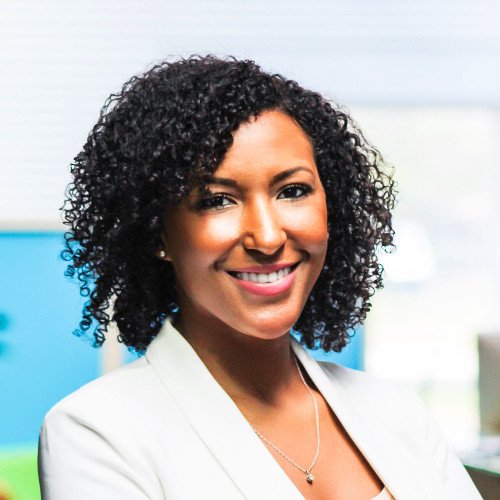 Above: Dawn Dickson, founder and CEO of PopCom

Though Dickson has raised venture capital, she is careful to note she did so to support the development of an expensive-to-build proprietary tech solution. Otherwise, she encourages entrepreneurs of all stripes to focus on customers and sales first.

“Not every company is ideal for venture funding, but every company can grow and become wildly successful. I would rather see more black women building companies with $1 million in revenue than raising $1 million. I believe founders of all colors and genders should raise what they need to scale … and focus on owning as much of their companies as possible when they exit,” said Dickson.

It’s these exits, according to Dickson, as well as Cunningham and Darby, that will help increase the number of successful black female founders who can secure venture capital, because they will validate that black women can make investors money. And those entrepreneurs will be able to invest money, too.

But Cunningham says that VC firms also need to do a better job today of giving more black female founders a chance.

“It’s not rocket science. You have to invest [in us] more. You have to hire people who look like the 26 women [featured in Vanity Fair]. You have to stop attempting to excuse yourself by saying the pipeline isn’t there, the people aren’t there. That’s how you change the number.”

Alida Miranda-Wolff is the founder and CEO of Ethos, a talent strategy firm for tech companies. With a focus on diversity, hiring practices, vision and values, and career pathing, she partners with tech leaders to make possibilities and aspirations concrete realities. Alida previously served as director of platform at Hyde Park Angels, where she was one of only two dozen Latinx women in venture capital.