A few months ago, I had the extreme good fortune to run a successful Kickstarter campaign for Robot Turtles, a game that teaches the fundamentals of programming to kids ages 3-8.

Realizing that you are going to meet your crowdfunding goal is an incredible feeling. Mostly elation, because you’re going to get to see your dream come to life. A bit of fear, because you know that people are counting on you to come through on your promises.

Realizing that you’re oversubscribed by a factor of 25 is the same sort of thing, but with the ratios reversed.

Shipping is one of the most challenging parts of the Kickstarter campaign. It’s often just as complicated and expensive as producing the product. But presumably you’re something of an expert in your product, and if you’re anything like me, you’re still unclear on the difference between “Priority” and “Priority Express”. Or — full confession — UPS and USPS.

To give you an idea of what’s at stake, the quotes I got for shipping ranged from one and a half to two and a half times the production cost of the game. That’s right: of the $29 early bird US pledge, significantly more money went to shipping than went to the game.

My strategy for managing this depended on three partners: Delano Service, Amazon FBA MCF, and Fulfillrite.

You wouldn’t think that your manufacturer was a major part of the shipping equation, but they are essential. If they aren’t proactive about figuring out what your shipper needs, you’re going to find yourself in a huge bind later down the line.  For example:

Fortunately, I worked with Delano Service, a century-old printer who had this stuff down cold. They actually sourced the freight carriers and got on the phone with the receiving warehouses to make sure everything went smoothly. And it did.

The next link in the chain was Amazon. It’s a well kept secret but “Fulfillment By Amazon – Multichannel Fullfilment” (or FBA MCF, as it’s affectionately known by people who are affectionate about logistics) will ship things for you that Amazon does not sell. You ship them your inventory, then upload a spreadsheet, et voila — Kickstarter rewards for everyone.

The big strength is the price, which is significantly less than anyone else.  The big drawback is that Amazon is … big. Living in Seattle, I was fortunate to have some folks on the inside who could help. If I didn’t have a contact there, I could have been in for some frustration. The solution is to sign up early and do a series of practice runs: ship them a 10-pack from your house, then ship those out to your friends. Or move to Seattle and hang out in South Lake Union coffee shops.

And one other drawback: international shipping. I misunderstood until very late in the game that they simply don’t offer it except for books and media. This was the one giant SNAFU that caused me more headaches than anything else (close second: the government shutdown stranded my industrial CO2 cutting laser in the port for weeks, making it hard for me to deliver my special laser edition rewards on time. Third place: my 50 new support tickets since this morning).

So at the last minute, when I was facing disaster, I found Joe Brieger at Fulfillrite in New Jersey. He stayed up till midnight EST with me walking me through the process. I shipped them the games, uploaded a CSV, and they posted them out the next day. No international warehouses, no international carriers, just USPS, UPS, and FedEx. If I had more time, I might have tried to get fancy, but there’s a lot to be said for keeping it simple.

The great thing about both of these partners is that they are incredibly flexible. When it became clear that I was going to have some extra inventory, it took just hours to get it online in an Amazon store, fulfilling from their warehouses. When that ran out, Joe pulled another late night wiring Amazon’s fulfillment API up to their backend and kept me selling and shipping flawlessly. (In fact, as of the time this is posting, it’s not too late to get one in time for Christmas!)

So that’s how it all wound up. As of the time of this writing, 23,215 copies have been shipped (nearly a thousand of them just today). The total order was 25,000, so my logistics adventure is nearing its conclusion.

It’s a different world from software! 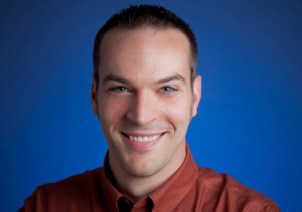 Dan Shapiro is an entrepreneur based in Seattle. His previous startup, Sparkbuy was acquired by Google in 2011. After working on the Google team for two years, he left earlier this year to build and launch Robot Turtles. He blogs at DanShapiro.com