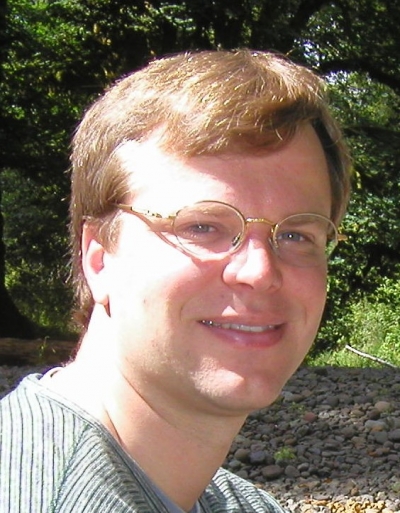 Konstantin Guericke knows more about marketing than the typical engineering graduate. As a LinkedIn co-founder and the founding marketing vice president of the company, he helped grow our favorite dull-but-worthy social network from zero to six million members before leaving in 2006 (it’s now at over 150 million).

Now, he divides his time between startup mentoring and support roles, including venture partner at Earlybird Venture Capital. Here, during a recent visit to Berlin, he shares five marketing tips for startups, especially Europeans heading to Silicon Valley:

#1 Know what you want to be when you grow up

The most important thing in marketing hasn’t changed. It’s about having a really clear position and message. That’s where you need to start, and that can often be a challenge for startups because you’re still learning what things are… [But] it’s very powerful for a brand when you launch with your positioning and then stick to it. If, six months later, you’re saying you’re something else, you don’t have that trust.

So, work on your positioning, work very hard and don’t launch until you feel you know what your sweet spot is… That’s something we did well at LinkedIn. If you look at our first release until now, it’s been very consistent.

#2 Get seriously analytical and stick to it

The problem with word of mouth is, it’s very unpredictable. Sometimes it just works and it works great, but there’s no way of controlling it. Now we have what I call “word of mouse”. You can see who clicks on what and where, so you know who is sharing with whom, which users are helping bring on other users. It’s hard to be successful these days if you’re not very good at developing marketing systems that take advantage of “word of mouse” and being very diligent at tracking it, which is sometimes not what marketeers are very good at.

It’s valuable to have a few people that are kind of representative, but who know you and you know them (or at least you get to know them). Some people put together a customer advisory board or something like that – I think that can be very helpful. but you need to do it not just for show but actually taking it in. At LinkedIn, I would use every lunch I had for the first two, three years to get feedback from my contacts about their usage of Linkedin. Often there was no usage in the first years – so why are they not using it?

They don’t give you the answers but they can help you understand the problem better. Your job is to come up with the answers.

#4 Don’t be a Silicon Valley tourist

People set aside two weeks where they do their launch, they try to get appointments with the different press people, they try to go to networking events. Often, they’re looking for funding. As soon as they meet someone they say, can you intro me to this investor?

That’s not really how relationships work in the Valley (or anywhere). If you’re coming for two weeks, why would they invest their time if you’re going to be gone? We tend to invest our time into people where it’s going to be something mutual for a long time… Offer to give something first before you ask for something. That takes some time, you need to understand what the other person could use help with.

The other advice I have is set up meetings before you go over there, and leverage your network. it’s very easy on LinkedIn or Facebook – just search for people in your second degree in Silicon Valley or even in Berlin.

One of the things we decided to do at LinkedIn was – we’ll have no photos then people will say, this is very different from other social networks. We very deliberately did it. A lot of bloggers said, these guys are stupid, they don’t realise how important photos are, but it was a deliberate decision. We wanted people to be kind of shocked…

It served its purpose, and we always thought at some point we’ll do photos, but I think we waited way too long… The initial decision was right but as a startup you have to look at your old decisions and see if it’s now a time to change it.

This post originally appeared on VentureVillage, one of VentureBeat’s syndication partners.