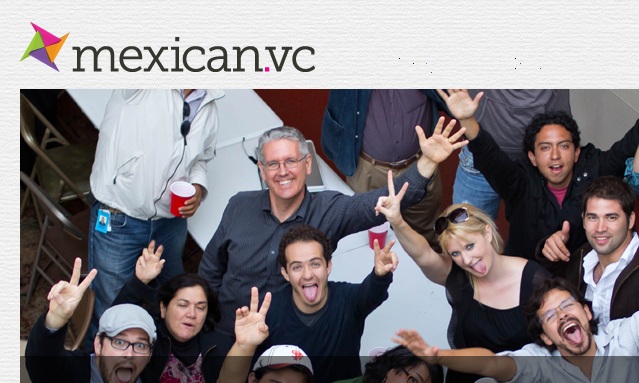 500Startups announced today that it has invested in nine additional technology startup companies in Mexico. This latest round of investments means that 500Startups now owns stakes in 16 Mexican companies through its subsidiary, Mexican.vc, based in Mexico City.

500Startups partner Santiago Zavala said that each of the companies would receive a $25,000 cash investment in addition to workspace and other services, including a startup bootcamp, in exchange for a 10% equity stake.

Zavala said the companies chosen were typically very early stage startups with 2-3 “very passionate cofounders,” with technical, design, and business backgrounds in the core team. “We really care about design, data, and distribution, as well as a passionate team,” Zavala said.

The companies chosen in this round represent a wide variety of market sectors, with a strong common thread being their focus on a Web 2.0 approach to problem-solving. Two of the companies, Capptalog and Shopinterest, are clearly focusing on the North American market, judging by the exclusive use of English on their highly-produced websites.

Capptalog is a cloud-based platform for creating and managing catalogs that aims to centralize management of their production. The service allows customers to use a variety of media formats, including XML and HTML5, to display products on a range of mobile devices. Capptalog works on a freemium model, with up to 1 user and 10 products free; additional users or products are charged a monthly fee.

Shopinterest could be described as “Shopify for Pinterest.” Pinterest users can create turnkey online stores to sell content they have pinned on their Pinterest account. They can receive payment for the products using PayPal, with Shopinterest taking a fee for each transaction. Francisco Guerrero, one of the founders, worked in e-commerce for over a decade. He explained that the company “… had noticed that Pinterest was converting well but there was no way to measure [it]. We first started working on analytics but realized our users wanted an easier way to sell, more than the analytics themselves. So we built an e-commerce platform, already with sellers selling over 1,000 items.” Guerrero said the company wants to be ready for Christmas. “Our short-term plan is to have our site up and running for the holidays, generate some traction via sales, and be ready to look for additional investors now that we … have some sales and revenue.”

Other companies in this investment round were focused on solving problems in Mexico and Latin America, including:

Zavala highlighted Rubberit as one of the more surprising stories from this investment round.

“When we first heard about them, we were a little bit skeptical about the business and product/market fit, so after the first interview … we told them about the challenges we saw in the industry and society. They very quickly released a [test version of the service] and got a hundred orders from a dozen different states in Mexico, so we saw that it was really interesting and the team could handle the delivery and the go-to market.”

M. Christopher Johnson is an experienced strategy consultant, entrepreneur, investor and writer.  He is editor of the Latin America Startup Blog (www.latamstartupblog.com). He speaks Spanish and is based in Mexico City.