Millennials are continuing to quickly gain ground in the entrepreneurial space – and for good reason.  The 2016 BNP Paribas Global Entrepreneur Report found that millennials are starting twice as many businesses as their parents. Averaging 27.7 years old when starting their first business, Millennial entrepreneurs have a headcount of about 120 people in their primary business.

Coastal tech hubs like Silicon Valley, New York and Boston are so often associated with entrepreneurship that we often forget to take a look at what’s happening with the rest of the country. There are a lot of initiatives out there focused on highlighting the “other 48 states” and their innovation ecosystems, and Steve Case’s “Rise of the Rest” is just one great example of these types of initiatives.

The golden question every ecosystem builder needs to address is:

“What are your unique community metrics of success, and how do your goals and objectives align to benefit your ecosystem?”

It is extremely difficult, if not impossible, for rural, urban and underserved communities to benchmark their entrepreneurial ecosystems by the same standards as “the big three.” For this reason, in order for entrepreneurship support organizations (ESOs) to maximize their community impact, it’s critical for them to understand the value their local Millennial demographic plays into this equation – especially since Millennials are starting to strongly favor second-tier cities over startup giants like Silicon Valley.

In fact, Millennials are recognizing there is a greater chance of success right in their own backyards. According to 2016 Pew Research study only 20% of Millennials – entrepreneurs included –  have reported moving within the last year. So, let’s talk about what’s making them stay and how are Millennial entrepreneurs designing their very own “Silicon Valleys” in tier-two cities like yours.

This one is pretty straightforward. Oftentimes, the cost of living in large cities is nothing short of unfathomable. For frugal Millennial entrepreneurs who are trying to keep their heads above water in the startup world, not being able to afford the cost of living is less than ideal – coupled with the immense amount of student loans they are graduating college with, it’s pretty much a no brainer for them to stay local.

You’re probably familiar with the phrase “brain drain to the coasts.” With the rapid influx of people found in cities like New York, the price of living has skyrocketed and now many Millennials are questioning whether coastal cities are worth the cost. Take Birmingham, Alabama for example, “The Magic City’s low cost of living makes it one of the most budget-friendly metros in the country, ” according to Yellow Hammer News. This is equally appealing since Birmingham was just recently voted the #1 city of choice for Millennial Founders.

Millennials, and many others, are finding that the cost of living in big cities is no longer necessary because today’s technology makes it easier than ever to work virtually and communicate with coworkers and clients in real-time. An article from Fast Company claims, “The majority of urban hubs have largely exhausted their stores of opportunity.”

With this newfound flexibility, Millennial entrepreneurs can do more with less money and nurture their startups in more accepting ecosystems. Bringing success to the startup and more jobs in these emerging cities.

According to the U.S. Chamber of Commerce Foundation, “In 2011, many took the leap. Millennials launched almost 160,000 startups each month, and 29% of all entrepreneurs were 20 to 34 years old.” With Millennials being a third of the entrepreneurial workforce, they have caught the attention of venture capitalists, many of whom are looking to second-tier cities for new pockets of innovation.  They’re setting their sights and portfolio opportunities toward uncharted territory in unexpected places, focusing on things like agriculture and environmental causes, both of which are important topics of conversation for Millennial entrepreneurs wishing to change the world. 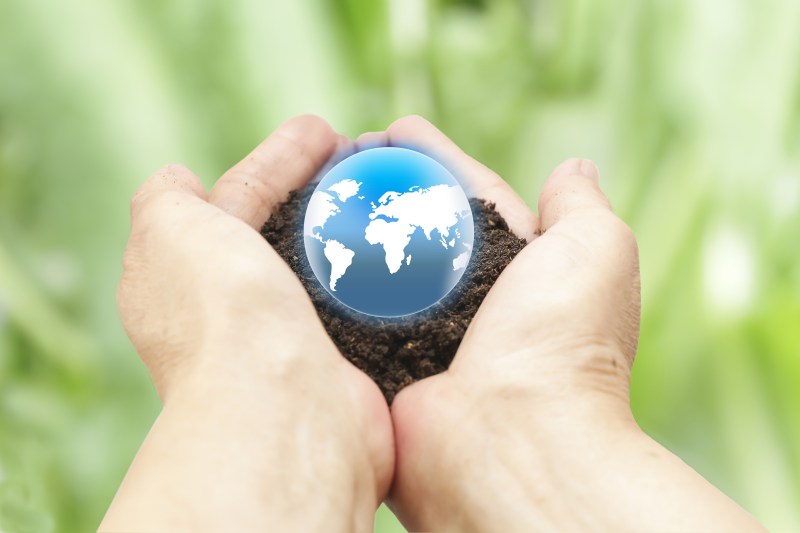 “A big trend we are seeing in the venture capital world is that investors are actively seeking out new pockets of innovation in old economy industries. Imagine revolutionizing farming and feeding the world. Or re-engineering our energy use to stop climate change in its tracks. This kind of industrial-strength disruption means getting out of the comfort zone of the typical innovation hubs in Silicon Valley and New York and into the rest of the country.”

Having VC’s invest more of their dollars in unexpected places allows for more job growth, thus producing a stronger economy in these regions. Within stronger economies, more individuals become financially sound and confident in investing their time and efforts in their region. 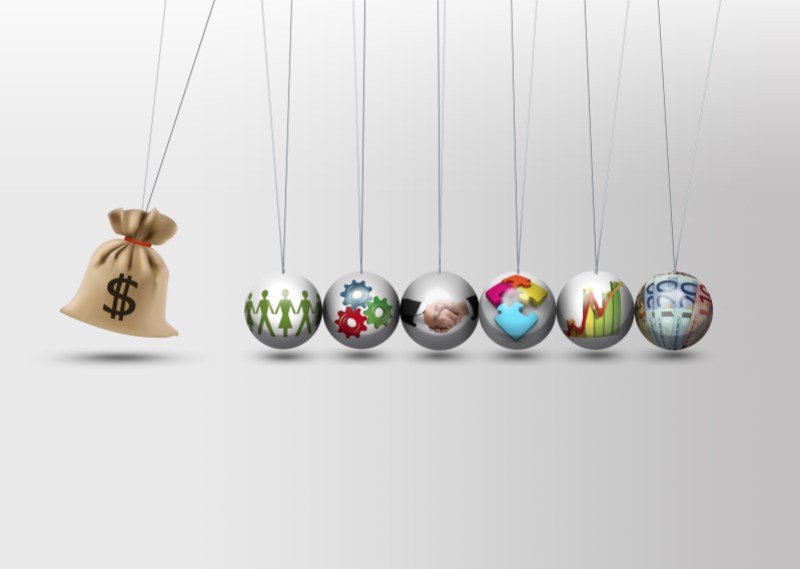 According to the 2017 BNP Paribas Philanthropy Report, Millennials have a greater sense of social responsibility than previous generations. They build awareness and connections quickly to work toward finding solutions.

HSBC Private Bank report reports, “69% of millennial entrepreneurs say that having a positive economic impact was a factor in their decision to go into business, with 59% saying they wanted to have a positive impact in their community.”

Many Millennials strive to impact their communities through job growth, small business support and collaboration, all of which are easier and quicker to do in smaller ecosystems. Millennials are also changing the means and speed by which they exchange marketplace information. They curate, share and produce content through constant connectedness on various forms of social media. By doing so, Millennials spread awareness of issues they care about and attract more minds to work toward a solution.

The U.S. Chamber of Commerce Foundation reported, “Millennials say that the ability to get a loan or credit is the biggest challenge to starting a business, with almost two-thirds saying that they do not receive enough support from banks. Another obstacle is the lack of education and resources to run a small business. Millennials would also like to see Congress make it easier to start a business by providing increased access to education, training, and student loan relief.”

There are numerous ways governments are assisting startups from ease of regulatory compliance to major investments. Take these examples from this article reported by The Hill:

ESO’s and are beginning to notice and take advantage of the these types of funding opportunities, which is great news for the second-tier cities that will benefit.

The U.S. Chamber of Commerce Foundation stated that “startups are essential to job creation in the United States. The entrepreneurial mindset of Millennials could support the economic recovery, helping reverse a declining trend of business startups.” ESOs can also receive government support, which they use to increase entrepreneurs’ chances of success and ultimately having a positive impact on the region. 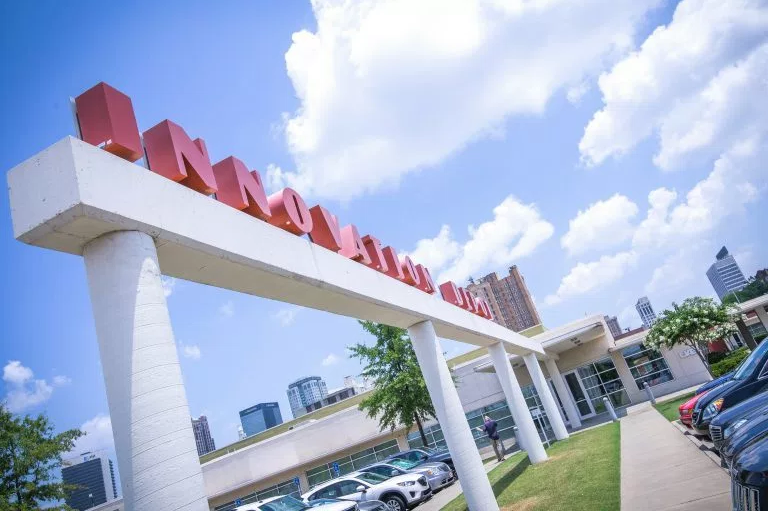 When an entrepreneurial ecosystem provides Millennials with the proper resources and sense of community they are much more likely to feel optimistic about their future in the region. With cheaper, more stable living conditions, technology advancements, VC and angel investments, the support from the community and government entities, and assistance from ESO’s such as local incubators, accelerators, coworking spaces and other entrepreneurship programs, Millennial entrepreneurs will thrive. 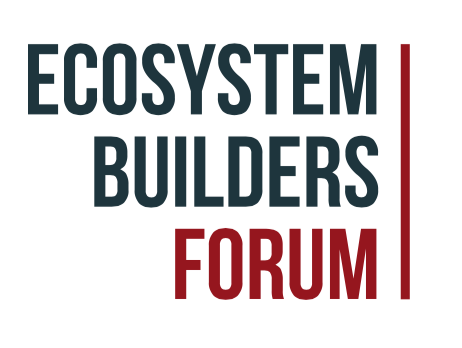 At InBIA, we want to challenge the notion that entrepreneurial meccas – like Silicon Valley and Boston – are the only regions capable of supporting innovative companies that drive job creation and economic growth. To begin the quest for entrepreneurial ecosystem builders in unexpected places, we are excited to shine a spotlight on rural and economically disadvantaged areas at the first ever e.Builders Forum.

Everyone plays a role in building an ecosystem, at this year’s e.Builders Forum, the agenda is packed with programming that addresses the challenges that coincide with building an entrepreneurial ecosystem in rural communities. Workshops by industry leaders will assist attendees in developing strategic plans they can take back and implement in their own community. We will teach you the importance of engaging with the “Founders Generation” in a city they love, Birmingham, Alabama.

Jessica Korthuis is director of marketing at InBIA, a global non profit that represents over 2,200 entrepreneurship support organizations.