Setting up camp in Silicon Valley may seem like the obvious choice for tech startups, and one common way to get there is through an accelerator. Each year, these programs churn out hundreds of freshly minted companies, dispersing seed money across a wide range of sectors.

Yet for alumni of the Y Combinator (YC) accelerator, a small number of these entrepreneurs have chosen to base their headquarters beyond the confines of Silicon Valley. VentureBeat spoke with them to better understand the importance of lower costs, access to talent, and proximity to customers away from the Mecca of tech.

Chicago is a longtime favorite among Midwestern startups, and after graduating from YC, locating there was a no-brainer for three of them.

PopularPays chose to launch there for practical reasons. “We connect marketers with social media content creators, so it made sense for us to be near a hub of advertising,” said CEO Corbett Drummey, in an interview with VentureBeat. “Chicago has its own ad scene, but it’s also a very quick flight to Madison Avenue.”

ShipBob also finds the Windy City to be geographically strategic. “It’s actually a great location for logistics as it allows us to ship to both coasts easily,” said cofounder and CEO Dhruv Saxena. He adds that having friends and family based there was also a major motivation as they were the startup’s first set of customers.

And then there’s Tovala, which provides an in-home smart cooking oven. The startup chose Chicago because contrary to Silicon Valley’s hermetic bubble, Chicago is more translatable to the rest of the country, according to cofounder and CEO David Rabie: “We are of the belief that if we can make our business work in Chicago, it will work in the rest of the country.”

Connecting to the bread basket

FarmLogs, which provides management software for farmers, also decamped from Mountain View, California after graduating from YC. “Silicon Valley doesn’t always understand what ‘normal people’ do and how they live,” said cofounder and CEO Jesse Vollmar. “Take farming for instance. The Valley had a totally distorted view on what farming was like back when we started FarmLogs. Many people thought farmers weren’t online!” 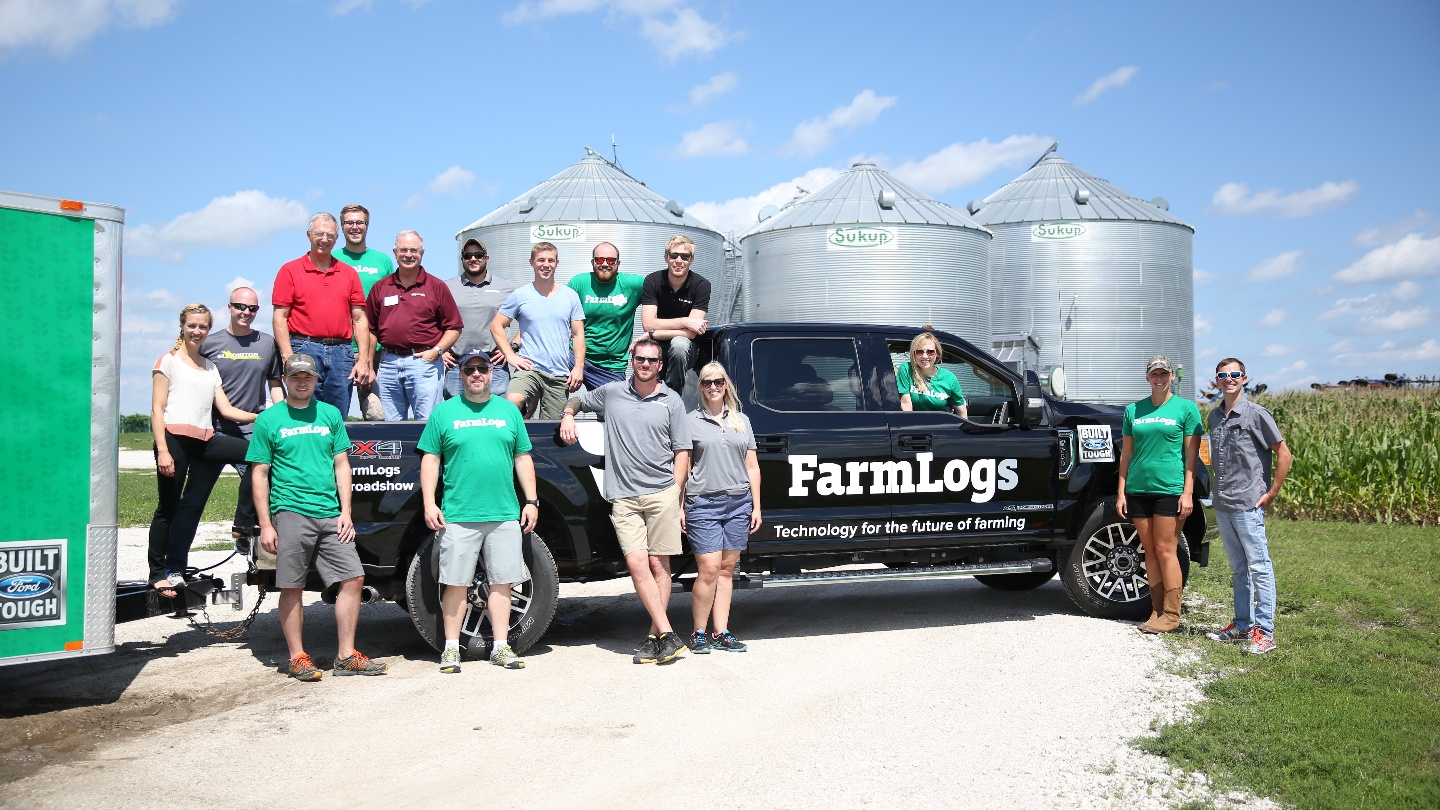 Above: Members of the FarmLogs team and customers in Iowa.

Founded in 2011 in Ann Arbor, Michigan, the FarmLogs team moved to Mountain View a year later to participate in Y Combinator’s Winter 2012 batch. But the startup realized how impractical it was to fly to the Midwest to meet with customers and quickly decided to return to Michigan.

“Being close to our customers is very important to us,” said Vollmar. “From Ann Arbor, we can drive to anywhere in the corn belt in the same day.” Last year, FarmLogs opened a second location in Des Moines, Iowa, to be still closer to its customers.

It isn’t hard to believe that “the rest of America” occasionally finds it difficult to relate to Silicon Valley. OwnLocal, an Austin, Texas-based ad platform for local media, experienced some animosity towards Silicon Valley. The team founded the startup in 2010 in Texas, moved to Sunnyvale, California for a year after YC, and then decided to move back to Texas.

“When I would go to meet with local businesses, I would tell them that we are a tech startup from San Francisco, which was met with mixed results,” said founder and CEO Lloyd Armbrust. “I actually had one mechanic tell me that he didn’t trust ‘those California companies.'”

For customers beyond Silicon Valley, the YC pedigree may be meaningless.

“We tell founders to base their companies where it makes the most sense,” said YC partner Kat Mañalac. “That said, at this point in time, I still think it makes sense for companies from outside the Bay Area to spend three to six months here. There’s such a dense network of founders and investors in the Bay Area that it doesn’t hurt to come here and build those relationships.”

The valley of dollars?

Access to capital is often cited by entrepreneurs as a reason to move to Silicon Valley. VC firms like Sequoia, Andreessen Horowitz, and Kleiner Perkins Caufield & Byers all seem to be within walking (OK, driving) distance.

Yet when asked whether the Ambition team ever felt the need to relocate from Chattanooga, Tennessee to get funded, cofounder and COO Brian Trautschold replied, “The need? No. Pressure? Yes. I’d estimate that in seven out of ten conversations we have with Bay Area VCs, our company being outside the Valley or coastal cities comes up as a major issue or concern.”

Yet even with its out-of-state ZIP code, the startup has managed to win over investors for its sales software. Founded in 2013, Ambition has raised $3.5 million from investors that include GV, Redpoint Ventures, and Initialized Capital.

Another YC company, EquipmentShare, was undaunted to be far away from Sand Hill Road when putting down roots in Columbia, Missouri. “A solid company will attract investors no matter where it’s located,” said cofounder and president Willy Schlacks. “It took a little more effort to arrange meetings and accommodate for travel, but it didn’t make sense to move the company simply for easier access to investors.”

The startup, which provides a marketplace to buy, sell, and lend construction equipment, has raised a total of $29 million in funding from Romulus Capital, Insight Venture Partners, and Y Combinator, among others. 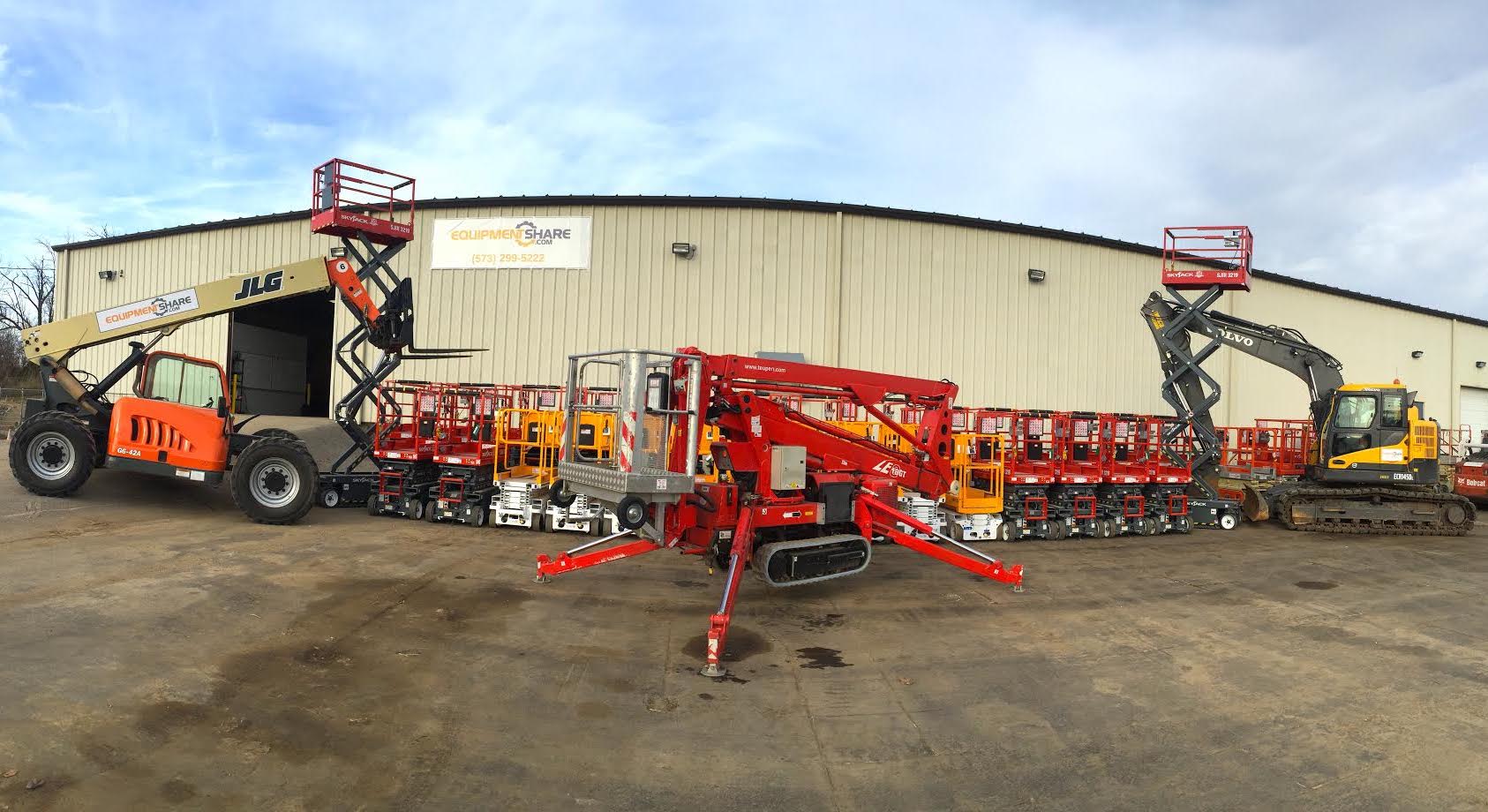 Above: One of the EquipmentShare warehouses

These YC graduates and other heartland entrepreneurs quickly learn that different types of investors may be useful as they grow. For instance, FarmLogs’ Vollmar says that while there are a lot of early stage investors in the Midwest, most have a very limited experience backing or helping build massively successful companies.

“They’ve only ever seen base hits, no home runs,” he said. “That means they structure their deal terms to match smaller outcomes and don’t optimize for massive success. Great founders won’t accept terms that limit them and quickly move on to better investors.”

In a guest post for VentureBeat, Olsen wrote, “If you are an entrepreneur with a fledgling company … you are an idiot if you don’t consider building it in the Midwest.”

YC startups in the Midwest/Heartland

Product: A sales analytics platform that looks at the performance of different sales teams within the company, which compete for rewards.
Location: Chattanooga, Tennessee
Founded: 2013
YC batch: Winter 2014
Funding to date: 3.5 million from Y Combinator, GV, SV Angel, Redpoint Ventures, and Initialized Capital, among others.