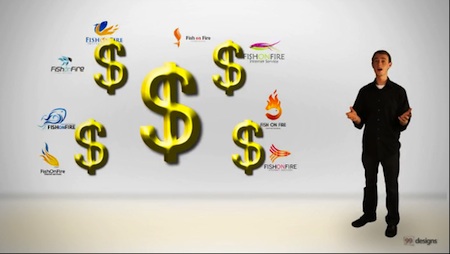 99designs, the popular site where startups and other small businesses can crowdsource their graphic design needs, has raised $35 million in a first round of funding from Accel Partners.

A first round of this size may seem like another sign of a venture capital bubble, but 99designs isn’t your typical early-stage investment. It was founded in February 2008 and has been bootstrapped and profitable until now. Customers can buy customizable logo designs off-the-shelf (metaphorically speaking) for just $99, or they can host design contests for things like logos and websites, where they only pay for the design they like best.

99designs says it has hosted more than 75,000 designs already and has paid designers $19 million to-date.

Accel is most famous for being an early investor in Facebook, but it has also succeeded in bringing relatively mature, bootstrapped companies into the venture capital fold in the past, most notably with Atlassian, a project-management company that raised a $65 million first round led by Accel last year. In fact, Atlassian and 99designs also share an Australian origin — 99designs is based in Melbourne and San Francisco.

“99designs caught my attention when I realized that nearly every one of the early stage companies and entrepreneurs I work with was turning to them to get great design work done,” Dearing said in a press release. “The team has created a marketplace that is easy for companies to get on board with, and also a boon for designers who can go after any of the hundreds of jobs open at any one time.”