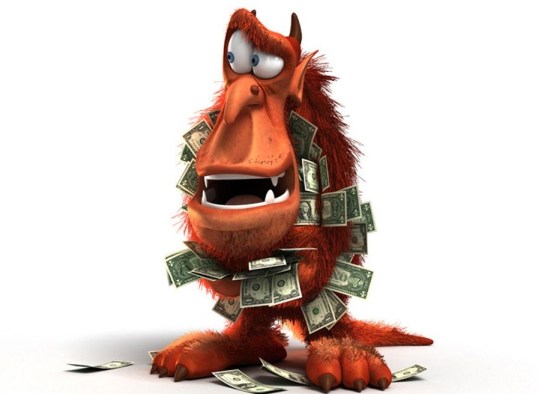 The founder was home in his kitchen cooking dinner when the call came. It was one of those moments when the color seems to drain out of the food in front of you. The voice on the other line was the contact at the company that has been trying to acquire his small startup for several months. “Our engineers looked at what you showed us during the due diligence and told our CEO, ‘It doesn’t look so hard, we can build it ourselves.'”

His thoughts flashed to the NDA the two companies had signed. He tried to focus on not exploding in a stream of curses. What about the fancy dinner with the top brass? The handshake deal not to shop his company around to any other bidders? The 12-month roadmap he had laid out for the board? The quickly dwindling cash reserves in his own bank account?

In today’s startup industry, mergers and acquisitions are the fastest growing exit for venture-backed companies. According to the most recent study by Ernst and Young, the value and volume of M&A in the technology space surged 41 percent in the last year, reaching levels not seen since the dot-com boom. The dangers for startups in the delicate dance of being pursued and purchased by a big corporate entity are many. It requires them to reveal their most intimate details — everything from their financial health to the lines of code that make their products run.

In the world of corporate mergers, AT&T and T-Mobile for example, the parties arrange an expensive break-up fee, like the $4 billion T-Mobile got when the deal fell through. Startups aren’t so lucky.

“Hearing this guy’s story, it’s just brutal, it makes you sick to your stomach,” said Ben Lerer, CEO of Thrillist, who has acquired companies and is an active venture capitalist. “That’s why it’s so important to find seasoned investors. Entrepreneurs have the energy and the passion to stay up all night every night working on the product. A great VC has the battle scars to tell you when to trust the other party and when its better to play things close to the vest.”

“Sometimes it is innocent and sometimes not so much,” said Chris Dixon, whose company Hunch was recently acquired by eBay, and who has seen all sides of these deals as a founder and investor. “Some companies are known to use acquisition as bait to get info, others are known to follow through and not mislead.”

Playing hard to get is one tactic for defending against a bait and switch. “ Don’t disclose critical technical info until last possible moment, after the letter of intent,” Dixon advised. But most importantly, with the uncertainty present in any acquisition, Dixon’s strategy is simply, “To run your business as if a deal won’t happen until it is actually closed.”

How does a startup ensure a good deal when its only leverage is to walk away from the table? “A lot of this is an art, not a science,” says Babak Yaghmaei, a partner at Cooley specializing in startups and venture capital. “I think practically speaking, there’s little that can be done to deal with a ‘bad player’ in a situation like this if the damage to their reputation and board relationships don’t keep the buyer honest.”

Like a lot of the investors we chatted with, Yaghmaei talked about the importance of a Letter of Intent. “Proceeding with deep technical diligence without an LOI is probably not the best idea, particularly if the technology build doesn’t create a sufficiently high enough hurdle. I know that LOIs aren’t binding but at a minimum they create a more ‘vested interest’ in the transactions by creating some formality around the process. Also, a seller can (and should) stage the technology disclosure in the diligence process and try (if possible) to not show all the cards until there is a high enough comfort level that the buyer is really interested and engaged.”

Going into the acquisition process with eyes wide open is the theme our sources returned to time and again. “Companies are always going to do a build versus buy analysis,” said Barry Kramer, a lawyer at Fenwick & West specializing in startups. “What is unusual is to get this far down the path of an acquisition,” before the buyer turns its back on you.

For venture capitalists who work closely with corporate partners, this is a minefield startups are going to have to pay increasing attention to in the coming years. “I think you’re going to see M&A expanding as one of the primary exits for startups,” said Taylor Davidson, a senior associate at the venture arm of the massive ad firm KBS+P. “It would really pay to have an investor on your team who knows the in and outs of this kind of transaction.”

The founder from our story is still looking to sell. He asked for his company to remain anonymous to avoid legal complications over the non-disclosure agreement. But the company had raised a little under $1 million and was well-known and respected in the local tech scene. The deal that fell through would have kept his startup intact, but now he’s just hoping for a soft landing for the investors. The team will disband and have already started looking for new positions in the fertile hiring fields of Silicon Alley. We asked the founder to share his experience, in his own words. The letter that follows is a raw account of a classic startup horror story.