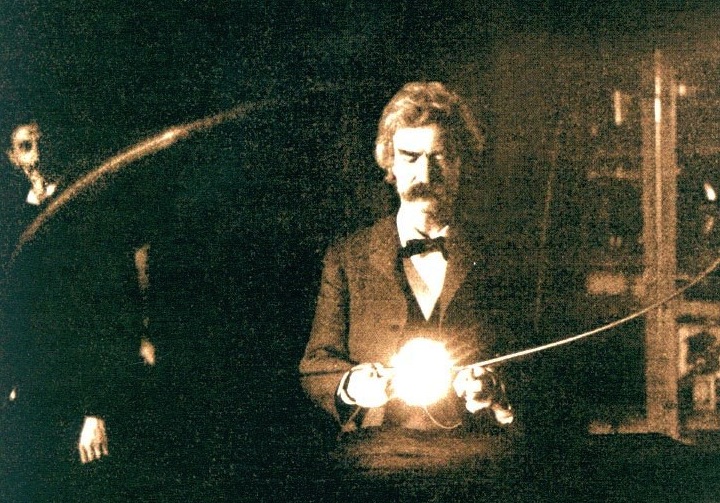 On January 1, 1999, I immigrated to Silicon Valley from Canada to work as a corporate attorney for Wilson Sonsini Goodrich & Rosati. I watched in amazement as 400 companies went public that year (about a quarter of them through my law firm), and in March 2000 I felt compelled to leave the firm and start a company called HigherMarkets. It was around the same day that the Nasdaq peaked at 5132.52.

The experience and timing of my departure — and the name of my first company — sadly signified a tight connection for me between money and entrepreneurship.

Money has a nasty habit of invading the definition of entrepreneurship in Silicon Valley, where we tend to measure success by funding rounds, valuations, and liquidity events. I often run with a definition of an entrepreneur defined by money: People who don’t know your financial situation think you’re rich, and people who do think you’re crazy. An entrepreneur can be a person spending $10,000 to open a shop or $100 million to build a new kind of car.

Long before the car company, there was an inventor named Nikola Tesla who navigated choices of money and entrepreneurship as we all do in the Silicon Valley. Tesla immigrated to the east coast of the United States in 1884, initially to work alongside Thomas Edison. That relationship didn’t last, but Tesla is credited with the inventions that fueled the rise of electric company Westinghouse and made alternating current the standard of electricity we rely on today.

Larry Page of Google, who mentioned Nikola Tesla on a recent earnings call and describes him as one of the greatest inventors ever, has said you might want to be more like Edison than Tesla. In fact that comparison may only be true in textbooks.

A closer study of the events of the 1890s, for example, reveals that Edison faced similar entrepreneurial challenges to Tesla: Edison was kicked aside from General Electric, the successor company to his own, leading him to swear off the same financial backers for the next 30 years. Tesla, on the other hand, generously allowed Westinghouse to renegotiate a patent deal that enabled the financially strapped company to establish the electricity standard we rely on today.

Tesla made it clear that being a great entrepreneur — one who commercialized a critical standard that powers innovation 125 years later — isn’t necessarily about the money.

Despite the fact that I couldn’t live without two famous early inventions of Edison’s — photography and film — Tesla’s contributions are the ones that can spark Silicon Valley’s imagination on an even bigger scale now. Tesla made a commitment to the study of wireless energy and wireless information transmission beginning in the 1880s that led him to explore communication with other planets, to evaluate ways to transmit energy wirelessly around earth, and to care about taking advantage of the sun’s radiation and earth’s vibrations to prevent the squandering of natural resources that was occurring rapidly around him.

I love Instagram as much as anyone, but my nine-year-old daughter points out that less time on my iPhone can equal more time on things that really matter. Tesla focused on discovery in areas that really mattered, and he faced a great deal of ridicule — and no doubt financial impact — for it.

As the need to invite more immigrants to the Silicon Valley only increases, we need to send the message more than ever that our love for creative invention and a focus on the biggest challenges are more valued than money. There are some outstanding financial backers in the Silicon Valley, but the majority of venture capitalists face their own short-term problems that don’t always allow them to live up to the long-term horizons mentioned on their websites.

Whether you’ve just helped fund a startup or raised money for one, or whether you’re running a big company or working at one, we all need to be looking for ways to hail the inventors around us regardless of financial outcome. We don’t necessarily need to shift our models of capital allocation or stock grants to do it, but we do need to change where we spend our time celebrating. I’ve heard a lot of lip service paid to words like innovation and creativity in the Silicon Valley. It’s up to each of us to defend those words in a way that means something more than the next acquisition.

The free exchange of information and affordable access to sustainable energy — both issues worked on by Nikola Tesla in his time — have the potential to solve critical issues of poverty and education, and inspire peace, around the world. Wireless information transmission and energy remain two of the Silicon Valley’s biggest opportunities.

Hail to the inventors who are working on those challenges today without regard to financial outcomes. Hail to Nikola Tesla.

Dorrian Porter organized Northern Imagination in 2013, a company that seeks to positively impact the wellbeing and happiness of people via creative projects, ideas, and inventions.  He just launched a Kickstarter campaign to build a statue of Nikola Tesla in the Silicon Valley to fuel creativity on the big issues of energy and wireless. You can watch a short video and participate in the campaign here:  http://kck.st/ZWLzgG.