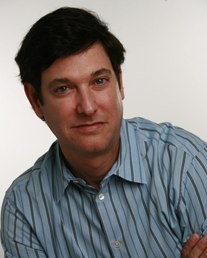 Amid all the gloom and doom recently for Silicon Valley investors, one investor stands out for having had a massive last 24 hours: Jim Breyer, of Accel Partners.

This morning, defense contractor Raytheon acquired BBN Technologies, a legendary Cambridge, Mass. firm that Breyer had helped buy out five years ago. The acquisition amount wasn’t disclosed, but it provided a “nice return” to Breyer’s Accel Partners, according a source close to the firm.

This comes on the heels of the $4 billion acquisition by Disney yesterday of comic and entertainment company Marvel. Breyer was the third largest direct shareholder in Marvel, having made the investment out of his personal funds, not on behalf of Accel. Breyer will make almost $5 million from that deal, based on regulatory filings.

In this latest case of BBN, Breyer found a once-legendary company badly neglected after it was purchased by Bell Atlantic. BBN, in some ways, was the East Coast’s equivalent of Sun Microsystems, only even more of a local legend. It was formed by three MIT professors in 1948, and implemented the ARPANET (forerunner of the Internet), and was also first to create packet switching (1969), make the first router (1976), and the first network e-mail (1971), which established the @ sign as an icon.

During the Internet bubble years, BBN got lost in the weeds, having been transferred to Verizon after the Bell Atlantic merger with GTE in 2000, even though it had significant valuable underlying technologies. So Breyer led Accel to buy it out, together with General Catalyst Partners.

BBN currently offers defense and intelligence products, such as the Boomerang acoustic-based shooter detection system used by the U.S. military.

Breyer is best known for his investments in companies like Facebook, Etsy, and Brightcove. But he’s had a history of innovative deal-making: In 2000, he led a spin-out of Walmart.com as a separate company from Wal-Mart. After the bubble burst, Accel then bought out Walmart.com. He sits on the boards of both Wal-Mart and Dell, and is helping Dell with its mobile phone strategy. He’s also led Accel to forge partnerships for ambitious later stage deal-making with KKR and in areas such as China, with the creation of a $250 million fund with IDG.