Sentiments about cryptocurrencies are as fickle as the price of a token. But everyone can agree on one thing: Cryptocurrency is a hot topic. A year ago, however, before initial coin offerings (ICOs) became a thing, it wasn’t an easy task to draw crowds around crypto startups. This is something Adam Draper (the son of renowned venture capitalist Tim Draper) has been working on via Boost VC, the accelerator he cofounded in June 2012 and is now managing.

The concept behind it? Being the Y Combinator of sci-fi startups. The San Mateo, California-based accelerator kicked off its eleventh “tribe” this week with a cohort of 20 startups, and announced the close of its third fund of $38.6 million.

Even though Boost VC initially focused on Bitcoin, it has now expanded to include other verticals, such as virtual reality (VR), jetpacks, and space startups. Draper, who is a fan of science fiction and comic books, wants to nurture futuristic startups that aren’t part of an established market. 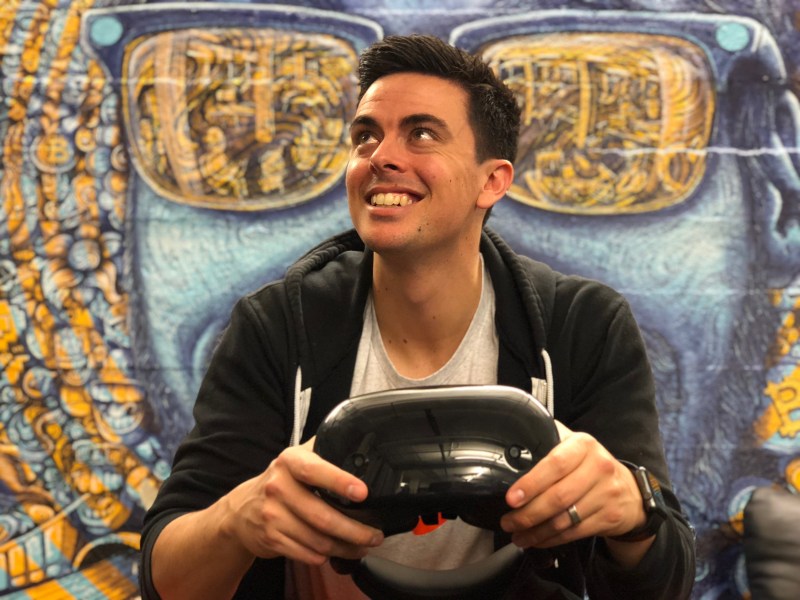 “We chose Bitcoin as an initial focus, and that gave us a brand,” said Draper, in an exclusive interview with VentureBeat. “People knew why to come to Boost. We were able to incubate the leaders of the market. Now we’re exploring new sectors.”

The accelerator says it currently has 220 portfolio companies, which include Ripio, Kubos, Roam, Etherscan, and Aragon. One of the more notable startups in Boost VC’s portfolio is Coinbase, which Draper had invested in early on as an angel. This has certainly paid off, as the digital currency exchange is now valued at over $1 billion.

Boost VC provides housing and office space to startups during its three-month program. About 30 percent of its companies are based outside of the U.S., according to Draper. From Argentina to India, Brazil, Belarus, and Australia, the “tribes” are indeed exotic — something that isn’t surprising, seeing as how blockchain and cryptocurrencies are a way for many emerging markets to bypass government-controlled fiat currencies.

The accelerator invests between $50,000 and $500,000 in its startups — depending on the size and stage — taking six to eight percent equity in exchange.

“Our companies have now raised more than $1 billion,” said Draper. “Now this includes a lot of startups that ended up doing ICOs. But the majority of crypto startups weren’t being funded by VCs, so they had to go an alternative route … and it worked.”

Some countries, however, aren’t as excited about ICOs — China made this very clear when it decided to ban them last September. Draper isn’t worried, though.

“You know what they say: Investing in whatever China bans is a good idea,” he told VentureBeat. “More seriously, though, every government on the planet has to have the conversation of what crypto is. And every time the governments come out with rules, the market’s gone up because it legitimizes the space more and more.”

Top-tier VCs in the Valley are now hopping on the crypto bandwagon. Those that have been actively investing in the sector include Union Square Ventures, Draper Associates, and Andreessen Horowitz (Marc Andreessen is a limited partner of Boost VC).

But the cryptocurrency space isn’t only about raising capital, argues Draper. Over the past five years, he and cofounder Brayton Williams have been trying to create a crypto community through network effects, which Draper says is key.

“The community supporting the startup before it launches its product is an important metric,” he explained. “Having a consistent GitHub update repository, a solid group of people chatting on Telegram, or tweeting about it … because at the end of the day, you need your end user or token owner to become your ambassador.”

Whether Boost VC can replicate its success with cryptocurrency in new verticals like VR and jetpacks remains to be seen. But betting on Bitcoin early on certainly gave the team a good boost.