While still small compared to much of the rest of the world, Africa’s startup scene is starting to gather momentum, led by Nigeria and Kenya, according to a new report.

Published by Venture Capital For Africa, or “VC4A,” the report says that Nigeria has the most startups raising capital, but Kenya has attracted more overall investment. However, it also notes that the startup action is still not widely distributed across the continent, with only a handful of other countries attracting meaningful amounts of entrepreneurs or venture capital investments.

“The research shows there are a growing number of businesses that are successfully growing their operations over time and adding much-needed jobs to the African marketplace,” said VC4Africa cofounder Ben White, in a statement. “This is a key message to investors. Now is the time to get involved in this space.”

VC4Africa is a platform for connecting entrepreneurs in Africa with investors. In general, there’s not a lot of solid information on the African startup ecosystem, which is why VC4A says it produced the report.

Again, these are tiny numbers by Silicon Valley standards. But there’s a reason that European-based companies like Rocket Internet and Chinese are investing a lot of time and money in the region: Its small base of Internet adopters is growing rapidly.

The question now is how long before all this activity has a meaningful impact on Africa’s economy. 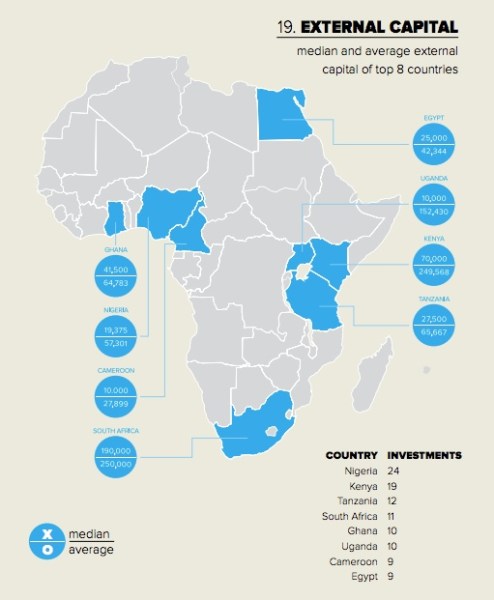