The legal industry has not been particularly well known for innovation and forward thinking. This massive industry, however, is presently in acute distress.

News in recent years has highlighted the cracks in the traditional law firm business model, as clients have begun pushing back against stratospheric rates and significant inefficiencies.

Storied firms have been folding, merging, and laying off staff and attorneys at unprecedented rates.

The legal market’s transition is, however, fueling innovation throughout the entire industry. In 2009, just 15 legal startups were listed on AngelList. There are now more than 400 startups and almost 1,000 investors. Entrepreneurs and investors are focused on helping lawyers do their work better, faster, and cheaper, making the law more accessible and/or cost-effective for clients, and eliminating the need for lawyers altogether, where possible.

Funding for legal tech companies is catching up, with around $450 million in funding for legal startups in 2013 — a marked increase over the approximately $100 million of funding in 2012. Some of the deals from 2013 involve companies like LegalZoom ($200 million), Lex Machina ($4.8 million), and Axiom Global Inc. ($28 million) — companies that vary wildly in problems they aim to solve in the legal industry.

The upward trend is almost certain to continue, given that we are still in the early stages of disruption of such a vast industry. So far, in the first three months of the year, legal tech startups have received around $50 million in funding (or over $150 million if a more inclusive definition is used). Startups are attacking every segment of the legal market, including legal research (Judicata), legal self-help (Shake), online dispute resolution (Modria), contract automation (Diligence Engine), electronic discovery (Logikcull), practice management tools (Clio), legal marketplaces (UpCounsel), legal education (Mootus), analytics (Lex Machina), and more.

Law firms are innovating too, and “new model” firms are regularly rejecting the traditional law firm business model. These firms are embracing the use of technology or even creating tech solutions to serve clients better, faster, and cheaper — see, for example, Radiant Law in the U.K., Potomac Law Group in the U.S., and Cognition LLP in Canada.

Unfortunately, regulations governing lawyers in the U.S. prevent non-lawyer ownership and investment in law firms. There is work underway to dismantle these regulations in the U.S., which has already occurred in Australia and the U.K. Many industry leaders predict that the pace of law firm innovation will pick up rapidly when non-lawyers (think retailers, banks, investment groups, etc.) are permitted to own law firms. This would open up myriad investment opportunities, as the largest percentage of the legal market’s value comes from the revenue of practicing lawyers.

With the large legal industry in turmoil globally, there is considerable opportunity for investors and entrepreneurs who are able to think beyond the marble and mahogany. Nineteenth-century American politician Henry Ward Beecher once said: “Laws and institutions, like clocks, must occasionally be cleaned, wound up, and set to true time.” We are currently seeing such cleansing and resetting on a grand scale in an industry that has remained relatively unchanged for about two centuries.

Watch for more entrepreneurs and investors to jump into legal in the years to come. 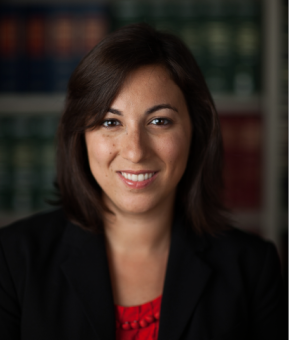 Nicole Bradick (@NicoleBradick) is an attorney and entrepreneur in the legal space. Nicole is the Director of Business Development for Potomac Law Group, a modern embodiment of the traditional law firm that offers sophisticated legal services at a fraction of typical industry rates. Nicole is also the founder and President of Custom Counsel, a domestic legal services outsourcing company.