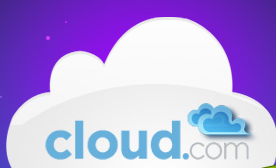 Cloud.com, a Silicon Valley company founded two years ago to help large companies offer cloud-computing services, announced that it has emerged from secrecy after working on its product for two years.

We already reported back in February that the company, based in Cupertino, Calif., was in the process of raising a round of capital. The company confirmed today that it has raised $11 million in a second round of capital from Index Ventures. Existing investors Redpoint and Nexus Venture Partners also participated, the company said in a statement. The company previously went by the awful name of VMOps, but said it has changed its name to Cloud.com as of Tuesday (you have to wonder how much the company paid for the awesome URL).

The company was founded by Sheng Liang, who developed the Java Virtual Machine at Sun and co-founded Teros (acquired by Citrix). It has raised a total of $17.6 million.

The company said it has also hired Peder Ulander, previously senior vice president of marketing at Sun, where he managed the Solaris OS team; Kevin Kluge, previously VP of engineering at open source email provider Zimbra; and Kyle MacDonald, previously an executive at Hosting.com. Below are videos from Ulander, and a demo of the product, respectively.