I remember “disruptive” when it was called “paradigm shift.” But while that phrase may have died during the tech-bubble, the concept has returned. 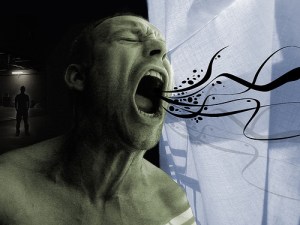 When I get pitched by someone that claims to have “something disruptive,” a little part of me dies. You should be worrying about making something useful, not how disruptive you can be.

“Disruptive” is the in-vogue word for the opposite of “incremental improvement.” A disruptive product causes such a large market shift that entire companies collapse (the ones who don’t “get it”) and new markets appear.

Disruptive is fascinating. Disruptive changes the world. Disruptive makes us think. Disruptive also sometimes generates billions of dollars, which is why venture capitalists have always loved it and always will.

But disruptive is rare and usually expensive. It’s hard to think of disruptive technologies or products that didn’t take many millions of dollars to implement. Most of us don’t have access to those resources, and many of us don’t care, because we’d rather work on an idea we actually understand and can build ourselves, an idea that might make us a living and be useful to people.

There’s nothing wrong with incremental improvement. What’s wrong with taking a known problem with a known market and just doing it better or with a fresh perspective or with a modern approach? Do you have you create a new market and turn everyone’s assumptions upside down to be successful? Should you? I’m not so sure. Here’s my argument:

1.  It’s hard to explain the benefits of disruption.

Have you tried to explain Twitter someone? Not the “140 characters” part — the part about why it’s a fundamental shift in how you meet and interact with people?

Hasn’t the listener always responded by saying, “I don’t need to know what everyone had for lunch. Who cares? ‘” They don’t get it, right? But it’s hard to explain.

“It’s hard to explain” should not be a standard part of your sales pitch. “You just need to try it” and “trust me” don’t cut it. That may be OK for Twitter — today — but what about the 100 other social-networking-slash-link-sharing networks that didn’t survive? Ask them about selling intangible benefits.

2.  It’s hard to sell disruption, because people don’t want to be disrupted.

If you’re reading this you’re probably more open to new ideas and new products than most, because you’re inventing a new product, starting a company, or you’re just ruffled because I’m pissing on “disruptive” and you’re looking for nit-picky things to argue with me about.

But most people are creatures of habit. They don’t want their lives turned upside down. When they hear about a new social media craze they cringe in agony, desperately hoping it’s a passing fad and not another new thing they’ll be aimlessly paddling around in for the next decade.

Change is hard, so a person has to be experiencing real pain to want change. Selling a point-solution for a point-problem is easier than getting people to change how they live their lives. Identifying specific pain points and explaining how your software addresses those is easier than trying to tap into a general malaise and promising a better world.

3.  Most technology we now consider “disruptive” wasn’t conceived that way.

Google was the 11th major search engine, not the first. Their technology proved superior, but “a better search engine” was hardly a new idea. In retrospect we say that Google transformed how people find information, and further, how advertising works on the Internet.

Disruptive in hindsight, sure, but the genesis was just “incrementally better” than the search engines that came before.

Scott Berkun gives several other examples in a recent BusinessWeek article. He highlights the iPod — an awesome device, but not the first of its kind. Rather, there were a bunch of crappy devices that sold well enough to prove there was a market, but no clear winners.

Here an innovation in design alone was enough to win the market. Not inventing new markets, not innovative features, not even improving on existing features like sound quality or battery life — just a better design, unconcerned about “disrupting” anything else.

Setting your sights on being disruptive isn’t how quality, sustainable companies are built. Disruption, like expertise, is a side-effect of great success, not a goal unto itself.

The construction of high-speed Internet fiber backbones and extravagant data centers fundamentally changed how business is conducted world-wide, but many of the companies who built that system went bankrupt during the 2000 tech bubble. Those who managed to survive have still not recovered the cost of that infrastructure. They were the disruptors, but they didn’t profit from the disruption.

Disruptive technology often comes from research groups commissioned to produce innovative ideas but unable to capitalize on them. Xerox PARC invented the fax machine, the mouse, Ethernet, laser printers, and the concept of a “windowing” user interface, but made no money on the inventions. AT&T Bell Labs invented Unix, the C programming language, wireless Ethernet, and the laser, but made no money on the inventions.

Is it because disruptors are “before their time,” able to create but not able to hold out long enough for others to appreciate the innovation? Is it because innovation and business sense are decoupled?

“Why” is an interesting question, but the bottom line is clear: Disruption is rarely profitable.

It’s not failure if you “just” make a nice living for yourself. Changing the world is noble, but you’re more likely to change it if you don’t try to change everything at once.

I made millions of dollars at Smart Bear with a product that took an existing practice (peer code review) and solved five specific pain points (annoyances and time-wasters). Sure it wasn’t worth a hundred million dollars, and it didn’t turn anyone’s world inside out, but it enjoys a nice place in the world and it is incredibly fulfilling to see people happier to do their jobs with our product than without it.

Had I tried to fundamentally change how everyone writes software, I’m sure I would have failed.

I made less money personally at ITWatchDogs, but the company was profitable and sold for millions of dollars. We took a simple problem (when server rooms get hot, the gear fails) and provided a simple solution (thermometer with a web page that emails/pages you if it’s too hot).

There were many competitors – huge (APC with $1.5 billion market cap), mid-sized (NetBotz with millions in revenue and funding), and small (sub-$1m operations like us). We had something unique — an inexpensive product that still had 80 percent of the features of the big boys — but nothing disruptive.

Had we tried to fundamentally change how IT departments monitor server rooms, I’m sure we would have failed.

Of course it’s wonderful that disruptive products exist, improving life in quantum leaps. And it’s not wrong to pursue such things. But neither is it wrong to have more modest goals, and modest goals are much more likely to be achieved.

Jason Cohen is an angel investor and the founder of Smart Bear Software. This story originally appeared on his blog.