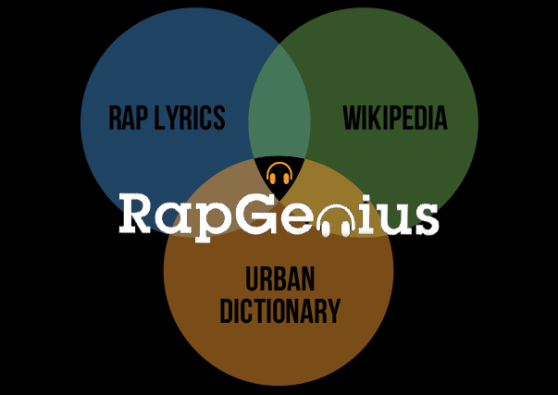 $15 million is a lot of cash to invest in a rap lyrics site, but Andreessen Horowitz’s investment in Rap Genius is the start of something much, much bigger.

Founded in 2009 by a trio of Yale University graduates, Rap Genius is a community-driven site dedicated to explaining and providing the context behind the lyrics to rap songs. Rap Genius says its serious, academic take on rap lyrics will help elevate the genre to the level of poetry.

It’s a noble approach, sure, but Andreessen Horowitz is investing in more than just a singular rap site. There’s real platform-level potential here, Andreessen says; potential that will allow the Rap Genius model to be extended to whole new languages, music genres, literature, and texts (think of a BibleGenius or Star TrekGenius).

And it goes deeper.

Andreessen says a Rap Genius-level of annotation was supposed to be built into Mosaic, the seminal web browser that Andreessen helped develop in the ’90s. But due to time and scaling constraints, that functionality never appeared.

As a result, the investment in Rap Genius is the culmination of a vision two decades in the making.