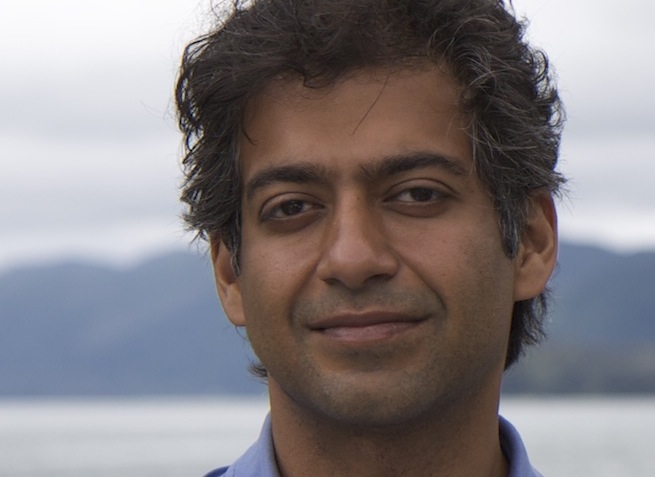 Silicon Valley’s most prolific angel investors are beginning to act a lot like venture capitalists.

The early pioneers — dubbed “super angels” — took a page out of venture capital’s books by forming funds and investing other people’s money into tech startups, as well as their own. Meanwhile, to stay competitive, venture firms are setting aside seed money to invest smaller dollar amounts into promising early-stage startups.

“Angels were just people you knew with day jobs,” said Naval Ravikant (pictured above), founder of AngelList, a social network and fundraising platform for angel investors. “You would take $25,000 or $50,000 and head to Sand Hill for a bigger chunk.”

Today, the distinction is blurrier than ever before. For entrepreneurs, gaining angel investment is a far more complicated process than you might expect. Ravikant, a serial investor, admitted that it has taken him over five years to avoid making rookie mistakes. His investments in companies like Twitter, Uber and Stack Overflow are beginning to pay off, but he’s the first to admit that most startups will fail.

“When I first started, I didn’t know what the hell I was doing,” he said. “Today, the environment is more competitive than ever before.” Here are his guidelines for budding angel investors, or entrepreneurs on the hunt for funding.

Related: Even if you’re an expert, it can’t hurt to brush up on the basics. This is a follow-up to our idiot’s guide to the venture capital game.

Can anyone be an angel investor?

To get accredited as an investor, you’ll need a net worth of at least $1 million or to earn salary of $200,000 or more for at least two years. Most investments will fail or won’t pull in returns for up to a decade. For Ravikant, it’s inadvisable if you only have about $50,000 to spare. In these cases, investors will be bent out of shape if the startup fails, and the entrepreneur could end up in a lawsuit. Angel investors should be willing and able to accept losses.

Most angel investors will have made money in tech — they may have started a company and walked away with a small pile. These former entrepreneurs are likely to re-invest their money in startups to whet their appetite and stay integrated in the scene. Ravikant jokes that it’s more like philanthropy than most people will care to admit — “you don’t know if you will make money in five or ten years,” he said.

How about family and friends — do they count as “angels”?

According to Ravikant, it’s a totally different class. Friends and family may be more likely to back an entrepreneur because they believe in the integrity of the person. They are less likely to perform thorough research around the prospect of an economic return, and are not familiar with the ins and outs of investing. Still, Ravikant suggests pulling in the first $15,000 from friends if there isn’t another easy option (an incubator program, for instance).

What’s the difference between a VC and an angel?

It used to be that angels invest their own money; VC’s invest other people’s money. With “super angels” (Mike Maples, Chris Sacca, Dave McClure, Steve Anderson, Jeff Clavier and so on) forming seed funds, they blew up that distinction. Maples, for instance, has raised consistently larger funds for Floodgate, which specializes in early-stage investments. “It’s more of a fuzzy test than an absolute test,” said Ravikant.

Note that small-time angel investors routinely invest other people’s money; a friends’ for instance, but won’t take a fee, manage a fund or raise money in the traditional sense. Those that raise a fund are inching much closer to venture capital — “it’s a sure sign that they plan to be a professional at this and are headed into the VC game,” said Ravikant.

To discern the difference between the two types of investors, other factors to consider are whether they expect a board seat or veto power. The majority of angels will not be granted a measure of control. For instance, 500Startups, the fund managed by super angel Dave McClure, does not take board seats. However, there are some differences of opinion among the “super angels”: Floodgate and Softtech VC (Clavier’s fund) will occasionally take a board-seat.

One common misconception is that angel investors will need a vast network, and will always be willing to offer mentorship and advice. Ravikant recommends that for entrepreneurs specifically on the look-out for advisors should offer them shares in the company. That way, they will still be invested in its success, but will be less likely to turn on the entrepreneur if the investment goes sour.

Broadly speaking, venture capital a profession while angels are rarely able to make a living through investing unless they are supremely good or lucky.

What are the key benefits and downsides for an entrepreneur?

Entrepreneurs are stitching together multimillion funding rounds from angel investors and super angel funds, which is a way to avoid the heavy-handed supervision that you might expect from a venture capital firm.

The major benefit is that entrepreneurs can steer the ship without having to divest control. However, if they need a major infusion of funds to grow the business quickly, few angel investors at the table will have the cheque-writing power. If you’re looking to raise over $5 million quickly, Sand Hill is still the best bet.

Increasingly, companies are getting to a stage where they can be acquired for vast sums without taking a drop of venture funding. Ravikant  points to Identified, a BranchOut competitor that connects companies with employees, as an example of a startup that was able to raise the bulk of its funding through angel investors.

What questions should entrepreneurs ask angels?

How can international entrepreneurs get funded?

Angel investing is a highly local game; the vast majority reside in Silicon Valley. For entrepreneurs living abroad, a tip is to join a local incubator with connections to the West Coast. To name a few: Upwest Labs is a popular choice for Israelis, FastLane Ventures is a popular option for Eastern European entrepreneurs, and TechStars has set up programs all over the United States.

Entrepreneurs, if you can’t afford to take time off to join an incubator program, it doesn’t hurt to show up to the Bay Area for a few weeks.”It’s not that hard to break in if you have something of merit,” said Ravikant. Just like a budding actor would not be advised to show up in Hollywood without a portfolio, entrepreneurs should be able to demonstrate a tangible product or technology achievement. “A business plan is not good enough anymore,” he said.

How can angel investors optimize their chances of success?

Ravikant offered the following lessons based on his own experiences as an investor:

Above all, keep in mind that a successful relationship will be forged between angel investors and entrepreneurs if both sides are forthcoming and honest about their mistakes. “No-one is perfect, but I can’t emphasize enough the importance of transparency,” said Ravikant.

Any basic startup or angel investing questions you’d like to have answered? Let us know!