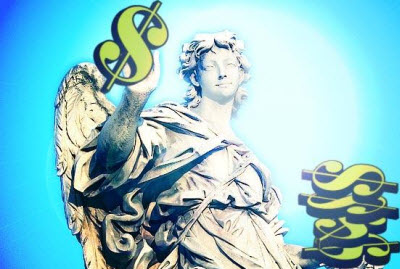 Angel investors were increasingly active in 2010, with total angel investments going up 14 percent to $20.1 billion from $17.6 billion in 2009. But angels were more risk averse than they were in the past, investing in fewer seed stage companies.

A total of 61,900 startups (up 8.2 percent) received funding from angels, who are wealthy individuals that provide capital in exchange for ownership. The data show that angels continue to be a vital part of the entrepreneurial ecosystem.

The number of active investors reached 265,400 in 2010, up 2.3 percent from 2009, according to the 2010 Angel Market Analysis report by the Center for Venture Research at the University of New Hampshire.

“The significant increase in total dollars, coupled with the rise in the number of investments, resulted in a larger deal size,” said Jeffrey Sohl, director of the center. “These data indicate that angels have significantly increased their investment activity and are committing more dollars resulting from higher valuations. It appears that a cautious optimism to investing is taking hold. Noteworthy changes did occur in the critical seed and start-up stage investment landscape.”

Mergers and acquisitions were about 66 percent of angel exits, while bankruptcies were 27 percent of exits in 2010. About half of the exits were at a profit and annual returns were 24 to 36 percent.

Angels reduced their investments in seed and startup capital, with 31 percent participating in those stages, down 4 percent from 2009. Angels showed more interest in post-seed investing, with 67 percent of investments in the early and expansion stage. New investments were 41 percent of angel activity, down from a year ago of 6 percent. That decline raises concerns, Sohl said. But he expects that, as more exits occur, more angel capital will be available to plow into new seed investments.