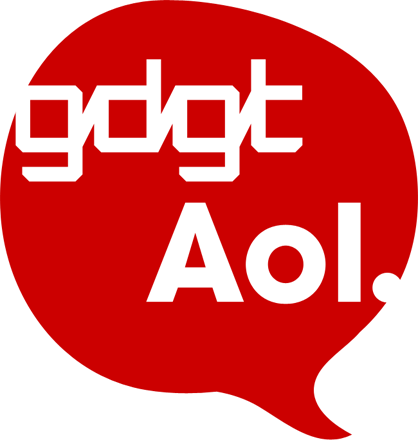 AOL is adding yet another jewel to its tech content crown, snapping up GDGT, a technology review site. GDGT confirmed the acquisition this morning.

The acquisition brings GDGT’s founders back into the AOL fold and gives AOL engineering and design chops as well as a database of tech products linked up with site members that either own or want to buy those products — making it a potentially valuable resource for advertisers or marketers.

If you’re a GDGT user and the idea of AOL owning that data freaks you out, however, you can opt out by deleting your account.

In an interview with VentureBeat this morning, GDGT cofounder Ryan Block mentioned that AOL will be taking advantage of GDGT’s design and engineering skills in the rest of its tech properties:

We’ve always considered ourselves a design and engineering company first,  that’s different from Engadget which was a content company, and the design and engineering were in service with that. … The fit there for us is not only GDGT as a property itself — we’re filling an interesting hole in AOL’s lineup — but it’s also about our team.  So part of what I’m going to be doing is taking existing AOL design and engineering folks, as well as the team I built at GDGT, and kind of expanding the scope of what we’re working on … We’re going to apply the same sensibilities around creating a great holistic product experience to other sites around the [AOL tech] portfolio.

Basically, it sounds like GDGT will be AOL’s key to tackling the design innovations we’re seeing at Vox Media sites like The Verge and Polygon.

Aiming to be more than just another tech blog, GDGT centered on the core idea of gadget libraries. You can use the site to keep track of gadgets you currently own, hope to have, or previously owned. While there were some editorial reviews, the real focus of the site has been on user reviews and building up a community of gadget fiends.

Engadget founder Peter Rojas and former Engadget editor Block founded the site in 2009. Engadget ended up in AOL’s hands with the sale of Jason Calacanis’s Weblogs Inc. in 2005, making GDGT the second site Rojas has sold to AOL.

AOL’s other tech properties include the video game site Joystiq, and the Apple blog  TUAW. Engadget has been running GDGT’s structured data offering for some time now, which automatically places information about relevant gadgets at the bottom of blog posts.

Naturally, GDGT will adopt AOL’s terms of service and privacy policy, though the company is giving its users an out if they don’t trust AOL. GDGT users can mark their accounts for deletion in their user settings by March 15th. If you don’t do anything, you’ll eventually be using the site under AOL’s terms.

It should go without saying that we continue to completely respect your personal data and privacy, as we always have. For example, AOL has never asked us to hand data over any user for any untoward uses, so gdgt users’ email addresses aren’t going to wind up on some random mailing list after the dust settles. Makes sense, right? AOL isn’t acquiring gdgt to drive away our users. Nor would we let them.

It’ll be interesting to see how GDGT’s users react to this acquisition. It was one of the few independent gadget sites remaining on the web, and hardcore techies aren’t often kind to giant companies like AOL, which has had a history of ruining beloved sites.