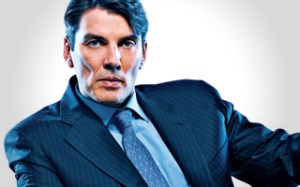 AOL CEO Tim Armstrong has been pitching top AOL shareholders on a Yahoo acquisition, telling them the combined companies could save between $1 billion and $1.5 billion.

The saving would be a result of removing duplications in overhead, such as servers and data centers, as well as consolidating content websites in areas such as sports, finance and entertainment.

According to Reuters, a top-20 AOL shareholder said, “The focus in the meeting has gone from a year ago of being around the fundamentals to now being how could you carve this up, what are separate assets worth, are there ways to sell off the business to extract value from them.”

We’ve been hearing rumors of an AOL/Yahoo merger since at least last month, when Armstrong was said to be talking with Yahoo’s advisers shortly after the firing of former Yahoo CEO Carol Bartz.

However, just a couple weeks ago, Alibaba CEO Jack Ma stated publicly that he was “very, very interested” in buying Yahoo, as well.