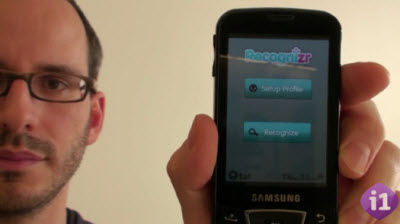 I met with Polar Rose in its early days when it was talking about a unique approach to recognizing faces. Some inefficient recognition engines would compare pixels in pictures to determine whether one face matched another. That consumed a lot of processing power. But Polar Rose would take the highlights of someone’s face and reconstruct them as a 3D graphics image. That image would contain all of the important points to recognize, but it needed far less data than an image of a face. Rather, the 3D graphics could be described in a series of math equations. That meant reproducing a face and finding a match could be done much more efficiently.

Today, Malmo, Sweden-based Polar Rose has about 20 employees and offers products such as FaceCloud, which allows face recognition for web services, and FaceLib, which brings recognition of faces to mobile phones. As you can see in the video, Recognizr can take a photo of a user and recognize that same person in a video. The technology raises a lot of privacy concerns, of course. Google Goggles has a similar ability to recognize faces, but the service does not do so because of concerns for privacy.

Earlier this month, Polar Rose announced in a blog post that it would no longer offer free end-user face detection and recognition services. Apple has declined to comment on what it will do with Polar Rose. But there are plenty of applications that could benefit from face recognition. Apple has its own Faces recognition system on the Mac for recognizing photos in faces. See the video below: