Clutter, a storage service that helps you pack, move, and store your items, announced today that it has secured $64 million in funding led by Atomico. Sequoia Capital made a follow-on investment after leading Clutter’s series A and B rounds.

Customers can either book Clutter movers online or via the startup’s call center. The team then packs, photographs, and catalogs the items before transporting them to one of Clutter’s storage facilities. The Los Angeles-based startup operates in seven markets across the country and claims to have tens of thousands of customers, who pay a monthly storage fee. Pricing starts at $7 per item per month for an Item Plan and can go up to $459 per month for an Apartment Plan. 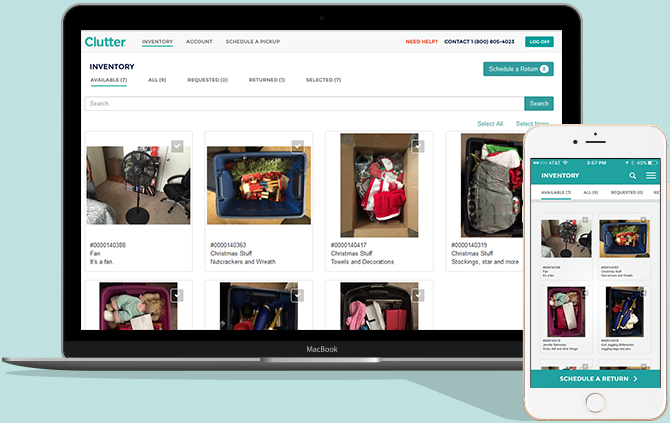 Clutter isn’t the only business operating in the storage sector. Competitors include Public Storage, Extra Space Storage, and CubeSmart, as well as Trove, which recently raised $8 million in a round led by Greylock Partners.

Founded in 2015, Clutter has raised $100 million to date and plans on using the fresh capital to further develop its product, hire more people, and expand to 50 markets over the next five to six years. International expansion is also in the cards. “We recently joined the Seattle market, which is home to two of the world’s largest ports,” wrote Clutter cofounder and CMO Ari Mir, in an email to VentureBeat. “When we are ready for international expansion, this positions us positively for work in Canada and east Asia.”

Europe is also on the table, which is one of the reasons why Clutter chose London-based Atomico to lead this round — this is the first time Atomico leads a U.S. investment. New investors GV and Fifth Wall Ventures joined Atomico and Sequoia in today’s round. Fifth Wall Ventures recently came out of stealth and announced the close of its first fund, which focuses on real estate technology.

Clutter currently has more than 200 employees.