Robert Siegel (@robsiegel) is a General Partner at XSeed Capital.

As I was running a mentoring session last week at the FailCon conference in San Francisco, the popular notion that entrepreneurs should be “authentic” kept rattling around in my head.

When I first arrived at the conference, and as I listened to various speakers and chatted with attendees, I kept thinking, “Wow. These people really need a hug.” But as the day progressed, I began to consider a different notion of “authenticity” than I previously had.

Let me start with some background. One of the things I frequently hear from several colleagues and mentors at Stanford is the idea of entrepreneurs being “authentic” to their market. Brilliant people such as Mark Leslie and Andy Rachleff have brought this language into the vernacular through their teachings of one of the most popular classes at the Graduate School of Business, Formation of New Ventures (which I am now also teaching).

“Being authentic” means an entrepreneur deeply understands her market when she comes from that space, or she is solving a problem that was personally experienced. The premise is that the deep knowledge of a market enables entrepreneurs to find a good product-market fit and thus enables a greater chance of building a successful company.

But there is another side of authenticity that is worth considering. As the day at FailCon progressed, what struck me was how the speakers and attendees were not wallowing in their misery of failed projects and companies, but rather that most were looking for learning opportunities on how to avoid mistakes a second time. The attendees were seeking to improve their skills and talents so that they would not make similar mistakes in the future. They were hoping to learn from other people’s crashes so that they could avoid doing them in their next (or current) endeavor.

I found the failure very authentic.

As I got to the end of the day, I began to think the conference was doing something quite unique; not unlike what we try to teach our entrepreneurs at XSeed. That is, to make original mistakes, not the mistakes others have made. Most conferences share stories about how successful entrepreneurs built huge firms, and where pundits get to pontificate on their genius. FailCon does the opposite, in a good way.

Having moved back to Silicon Valley last year, I think that discussing one’s failures is a particularly difficult task in today’s culture. If you read this recent New Yorker article on San Francisco’s “entrepreneurial culture,” you’d think everyone is trading houses with rock stars except for you! While the implication of what is happening in the Bay Area is the topic for a whole different article, the current environment makes discussing mistakes you have made (or are making) not easy.

No one is perfect, no one is living the perfect life, and despite what people try to project — especially as a CEO where one always has to be upbeat and put a positive face on things — most startups fail and/or have near-death experiences.

In the end, I give great credit to Cass and the FailCon team for trying to do something important and valuable. While failing is not why any entrepreneur gets out of bed in the morning, discussing your train wrecks and foibles in public is a courageous thing to do. 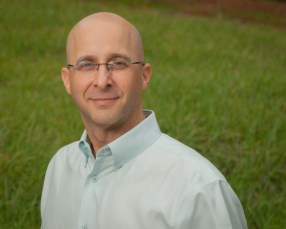 Robert Siegel (@robsiegel) is a General Partner at XSeed Capital, with extensive leadership in strategy definition, operational execution, and international sales and marketing for companies large and small. Prior to XSeed, Robert served in upper management at GE Security, Pixim (acquired by Sony), Weave Innovations (acquired by Kodak), and Intel, among others. He is currently on faculty at the Stanford University Graduate School of Business, has co-authored several articles for California Management Review, and served as lead researcher for Andy Grove’s book “Only the Paranoid Survive.”