Avere Systems has raised $17 million in a second round of funding for its network-attached storage business. 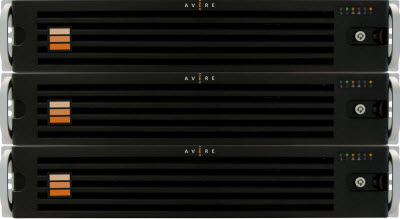 The Pittsburgh, Pa.-based company will use the money to expand production and distribution of its FXT series of storage appliances that cut the cost and improve the performance of storage in enterprises. Avere launched its FXT series less than a year ago and has closed major deals with companies such as Sony Pictures Imageworks and GX Technology.

The round was led by Tenaya Capital and it included original investors Menlo Ventures and Norwest Venture Partners. Including a prior round in the fall of 2009, the company has now raised a total of $32 million.

It seems we have a case of disruptors disrupting the disruptors. NetApp itself was disruptive years ago as it began to attach storage devices directly to networks. That disrupted the older tape and disk-based devices that were much slower at storing data and were attached to just a single machine. Now Avere is disrupting the older storage companies. Avere’s storage systems have both chip-based storage and traditional hard disks to optimize performance, regardless of the type of work being done. The most frequently accessed data can be accessed the fastest, said Matt Howard, general partner at Norwest.

Howard said that you can think of Avere as an accelerator in the storage system, sitting in front of the bigger mass storage systems and making it easier to get the most heavily used data faster. When properly used, the Avere systems minimize trips to the mass storage server. The company has more than 40 employees.