There’s been a great hullabaloo in recent times about the rise of airborne urban transport. Two companies showcased their so-called “flying car” concepts at CES this year, for example. Elsewhere, Airbus completed the first test of its Vahana autonomous air taxi; Uber and NASA partnered for a flying taxi project; AeroMobil unveiled a concept for flying car that can take off vertically and drive on roads; and Lilium raised $90 million to build flying taxis.

While the technology is pretty much ready to make this happen, one major stumbling block — aside from safety regulation — is infrastructure. Flying cars or air taxis may not need roads for the most part, but they do need somewhere to take off from and land. And that is where New York-based Blade is looking to invest.

Blade doesn’t manufacture or buy its own aircraft — it works with third parties and serves as a platform for booking short-distance aviation vehicles, such as on-demand charter flights involving jets, seaplanes, and helicopters. It works on 22 routes in 7 states, and Blade promises to transform a typical two-hour drive from Manhattan to JFK into a five-minute flight. The company also has a partnership with Delta, meaning passengers can disembark from their plane straight onto a waiting helicopter.

In a world that’s seemingly moving toward urban-focused electronic vertical take-off and landing (eVTOL) aircraft such as flying taxis, such transport will play a more integral part in Blade’s offering in the future. With that in mind, Blade has announced a $38 million tranche of funding from some notable investors, including real estate giant Colony NorthStar, Airbus Helicopters, Lerer Hippeau, and LionTree Ventures. This takes the company’s total funding to $44 million since its inception in 2014.

So why would a real estate firm invest in a company that focuses on getting people from JFK Airport to Manhattan in five minutes? Well, it’s a strategic investment that’s betting that the demand for urban landing pads — and airport-style waiting lounges — will grow. And this demand will encroach into more locations where real estate is at a prime, which is where L.A-based Colony NorthStar will serve its purpose. 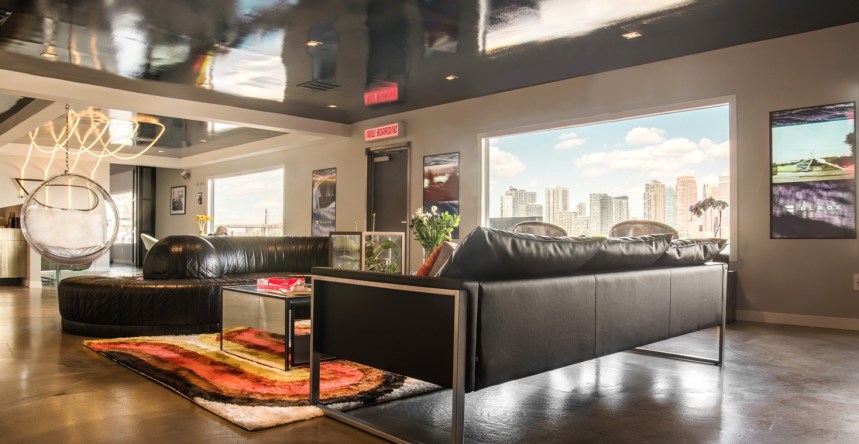 “Given Colony’s strong real estate expertise, as well as its Los Angeles headquarters location, we look forward to working with the Blade team on expanding their West Coast presence as well as helping to identify future landing zones for both helicopters and next-generation eVTOL aircraft,” noted Colony NorthStar managing director Justin Chang.

Additionally, Blade has revealed details of an alliance with Airbus’ helicopter arm, meaning Blade will provide its technology for the Airbus Ride helicopter service in Dallas, which will now be cobranded as a Blade service.

“Airbus Helicopters continues to develop the future of the urban air mobility (UAM) market, and our alliance with Blade is the next logical step in our quest to offer customers the full spectrum of urban air travel solutions,” added Airbus Helicopters executive Matthieu Louvot. “By partnering with Blade, we are setting a strong foundation for the future, which will be the successful deployment of eVTOL systems.”

The duo also teased a new “intra-city” helicopter service that will be launching somewhere outside the U.S. later this year.