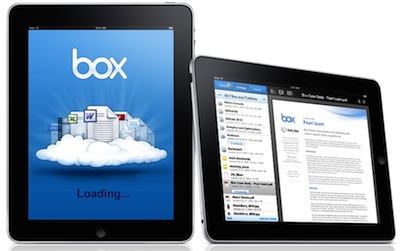 Box.net, a service that allows businesses and other users to share and collaborate on documents online, is starting to pile up some serious financing. It just announced that it has raised $15 million in a third round, bringing its total funding to $29.5 million.

Founder and chief executive Aaron Levie said the money will be spent beefing up both the product and sales/marketing teams. We can expect the Palo Alto, Calif. startup to continue rolling out new features in the coming months, he said, pointing at recent additions like the document viewer (so users don’t have to worry about downloading files and making sure they have the right software installed) and an application for the iPad, which Levie described as an “incredible” device because it delivers a high quality experience for accessing documents that’s also “truly mobile.”

Box says it now has 4 million users and that its revenue grew 500 percent in 2009 compared to the year before, with continued growth (300 percent year-over-year) in the first quarter of 2010. Now that the company has a solid product, real customers, and a third round of funding, it seemed fair to start asking about its long-term plans — do Levie and his investors have a specific exit plan in mind? But Rory O’Driscoll, a managing partner at Scale Venture Partners, told me he isn’t too worried about that yet.

“They’re the early leader,” O’Driscoll said. “We expect many years of growth, so I’m less concerned about whether that happens in the public market or the private market.”

Scale, a new investor in Box, led the round, while past investors Draper Fisher Jurvetson and US Venture Patners also participated.