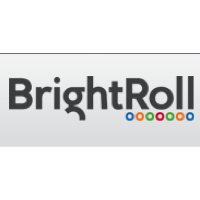 BrightRoll is a video advertising network that boasts over 70 million unique viewers per month, which is more than Hulu, ABC, CBS, FOX and NBC combined. Its service allows clients to run and monitor multiple video ad campaigns across several mobile and web platforms. BrightRoll currently manages 2.25 billion video ads per month, or nearly 1 out of every 3 U.S. video ads served, according to the company.

BrightRoll is in a good position because its inventory of video ads is much larger than that of content publishers — enabling the startup to steal business away from those publishers.

The company said it plans to use the new capital to grow its mobile advertising business as well as its international business.

The new round was led by Trident Capital, with additional participation from True Ventures, Scale Venture Partners and Adams Street Partners all participated, as did Comerica Bank. As part of the funding deal, Trident Capital Senior Managing Director Evangelos Simoudis will be joining the BrightRoll board of directors.

Founded in 2006, the San Francisco-based startup previously secured $10 million investment in February 2010. The company has a total of $46 million in funding to date. BrightRoll faces direct competition from Tremor Media.