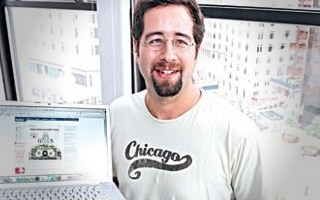 Buddy Media, a company that sells social media management software, has announced a $54 million round of funding.

Buddy Media advertises its platform as “power tools for Facebook.” The platform allows brands to update content on various pages as well as monitor activity from fans. In addition to publishing and moderation tools, the platform gives clients a drag-and-drop editor for Facebook pages, real-time analytics and customizable tools.

Over the past year, Buddy Media has announced a slew of milestones, including 200 new customers so far in 2011, doubled revenue since the end of 2010, a huge growth spurt in total number of employees (40 to 200 since 2009) and a new London headquarters for European operations.

The New York City-based company plans to use the new funding to take operations global, opening new offices and making strategic acquisitions around the world. In addition, the startup plans to double its staff within the next year.

What won’t be happening is employees walking away with cash from the deal. A Buddy Media spokesperson told VentureBeat, “This is working capital. No current investors or employees are taking money off the table or cashing out.”

Along with the funding announcement, the company said it has added Kevin Colleran, Facebook’s first ad sales executive, and strategist Michael Kassan as advisors.

The recent round brings Buddy Media’s total funding to $90 million. All Things D says sources now put the company’s valuation at $500 million. Facebook’s valuation is between $50 billion and $100 billion.

We asked Buddy Media what kind of liquidity event the company might be looking for in the future. The company spokesperson told us that while the founders are “not ruling anything out,” they are very much focused on rapid growth and product development rather than a sale or IPO.