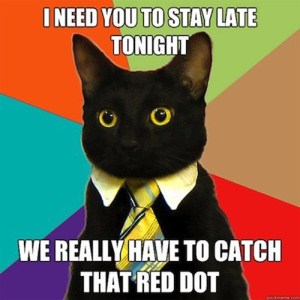 Buzzfeed, a site known for curating the best viral content across the web, has raised a new $15.5 million round of funding and has added a handful of staffers responsible for the Huffington Post’s early success.

Buzzfeed’s aim is to feature fresh content that you’d want to pass along to friends, such as “an outrageous video that’s about to go viral, an obscure subculture breaking into the mainstream, a juicy bit of gossip that everyone at the office will be talking about tomorrow, or an ordinary guy having his glorious 15-minutes of fame,” the site states.

The new funding, which was first reported this morning by TechCrunch, will go towards Buzzfeed’s goal of transforming itself into a site that does original reporting. Last month, the site announced that former Politico writer Ben Smith would be taking over the site as Editor-in-Chief. These two moves signify that Buzzfeed is definitely aiming to become more than just a place to find the 30 Most Important Cats of 2011.

Smith isn’t the only one taking up residence at Buzzfeed. Huffington Post co-founder Ken Lerer is assuming the position of the site’s Executive Chairman, and former Huff Post President Greg Coleman is joining Buzzfeed’s board as an adviser. Also worth noting is that former Huff Post CTO Jonah Peretti is a Buzzfeed co-founder.

The new round was led by New Enterprise Associates with participation by Lerer Ventures, Hearst Media, Softbank and RRE Capital. Founded in 2008, the New York-based company now has a total of $27 million in funding to date. The site currently brings in 30 million unique visitors per month.