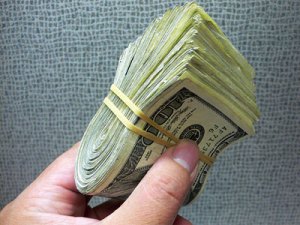 CapLinked, the startup that wants to make it easy to invest in private companies, has just taken in a $500,000 round of from a new group of investors.

“Investing in private companies has depended on outdated technology for too long,” said CapLinked CEO Eric M. Jackson in a release this morning.

“Emails loaded with attachments, spreadsheets for tracking leads and clunky enterprise data rooms are straight out of the 1990s. CapLinked makes the process easier for companies, investors and their advisors by giving them social tools to connect and share information.”

The fresh money brings the startup’s total funding to $1.4 million. The company previously drew a seed round in mid-2010 and an angel round in March 2011.

Today’s newly announced investors include a few luminaries. Chris Yeh, a prominent blogger and investor who is also a vice president at PBworks, pitched in for the round, as did angel investor and onetime Paypal exec Jason Portnoy, TheGlobe.com founder Stephan Paternot, Althea Foundation chair Alexsis de Raadt-St. James and a couple others.

“Private companies are an important source of job creation and economic growth,” said Portnoy in a statement. “By streamlining the investment process and giving companies new tools to raise capital and sell assets, CapLinked is changing how private investments get made.”

CapLinked was founded in 2009 by former Paypal exec Jackson and finance pro Christopher Grey and claims it has almost 100,000 accounts of would-be investors as well as 10,000 profiles for cash-seeking companies. To date, CapLinked has seen $12 billion in transactions through its service.

Through the CapLinked site, privately held companies can better manage the fundraising process, including networking and investor relations. Investors can use the site for deal flow, due diligence and portfolio tracking. And both companies and investors can bring advisers, attorneys and consultants into the loop of information. 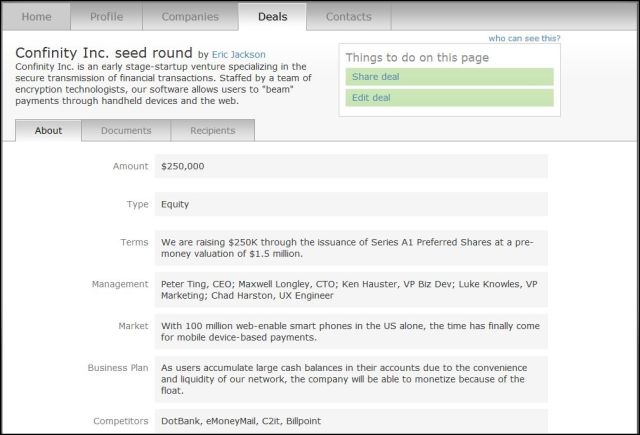 While CapLinked is steeped in tech provenance, it’s not just tech companies raising funds through this service. The company tells us it is also being used by private companies in such markets as energy, transportation, real estate, financial services and food and beverages.