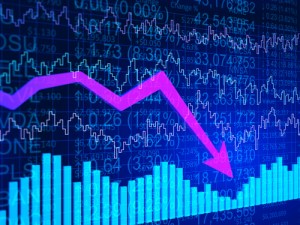 It’s hard to not get a sinking feeling in my stomach when I watch the stock market drop and hear smart people talk about a 25 percent correction.

Those of us in the startup world are all too familiar with the next few chapters of this story: First, angel investors see their net worth shrink so they start preserving capital and stop investing in risky startups. Second, limited partners in venture funds stop investing while they allocate assets to safer investment vehicles. Lastly, venture capitalists slow down and back the strongest of the last standing.

However, if you look closely, there is a new reality today. There are reasons to be cautiously optimistic.

First, let’s start by looking at the modern angel investor. The angels fueling today’s technology startups are no longer rich doctors or lawyers looking to have fun with a small piece of their retirement accounts. Rather, many of today’s angels work in startups and have pulled money off the table through a sale, IPO or, more likely, the secondary markets. They are skeptical of public markets after the debacles of 2000 and 2008. Therefore, while a 16 percent decline in the public markets may drop the aggregate amount of angel investments, modern angels will continue to invest in what they know: startups.

Second, let’s look at the limited partners (investors in venture capital funds). Long before this correction, many of them had already fled the venture capital asset class, and they are not coming back. As a result, hundreds of VC firms have folded over the past few years, and the ones left standing are not as dependent on limited partners as they were before. Smarter VCs have adjusted by tapping sovereign wealth funds and other alternative capital sources, including the wealth of the partners themselves. In the end, the tectonic changes in the limited partner landscape are so significant that any market correction is irrelevant.

Third, the VCs themselves have already been doing fewer and fewer deals since the end of 2008. Even as the markets recovered, venture investments into new seed- and first-round companies for the first half of 2011 were down at least 10 percent from the same period in 2007 and 2008, according to the National Venture Capital Association. Entrepreneurs have already adjusted to a world where venture capital is a scarce source of capital (AngelList, for example), so a change in deal volume should not significantly change startup financing.

Finally, the mergers and acquisitions market is better positioned than it has been in the past. Large corporations are sitting on enormous cash reserves, and it is only a matter of time before we see a greater number of acquisitions. The thousands of angel-backed startups being launched each year represent attractive acquisition targets. And, because they typically don’t have unrealistic valuation expectations forced on them by venture capitalists, a $10 million to $50 million acquisition can yield great returns for all of the shareholders.

Even if the correction continues and startup financing shrinks, we’re not facing a post-party “sober-up” stage similar what happened to 2000 and 2008. The reality is that creating meaningful and enduring technology companies is not a zero sum game. In a world of nearly seven billion people with 30 percent internet penetration and nearly two thirds of the global population using cell phones, there is room for thousands of new technology companies each year. And, if everything does go to hell again, the true entrepreneurs make their own luck.

I for one maintain a healthy dose of cautious optimism: Startups will come out ahead.

Adeo Ressi is the founder of the Founder Institute, a global network of startups and mentors that launches hundreds of technology companies per year across four continents. Applications are now open in over 10 cities worldwide. Follow the Founder Institute on Twitter at @founding.

Adeo will also be one of the “sages” appearing onstage at DEMO Fall 2011, a conference co-produced by VentureBeat. It’s happening in Silicon Valley Sept. 12-14. Register Today and take advantage of our special VentureBeat Partner rate of $995.00.