The annual CES trade show in Las Vegas has been wooing technology fans for more than five decades, but since 2015, CES has also bestowed its familiar brand on a smaller event in Shanghai, China’s most populous city.

CES Asia differs from the gargantuan Las Vegas event in just about every regard — for starters, it’s busy, but not manic. And, well, there’s not a casino in sight. But the underlying ethos is what really sets the event apart from its U.S. counterpart. CES Asia is not a free-for-all — everything at the event has been carefully hand-selected.

“This show is not like Las Vegas, in many different ways,” explained Gary Shapiro, president and CEO of the Consumer Technology Association, the trade body behind CES. “What we do have is a show that’s curated. In Las Vegas, if you sign up [on time] and choose your space, you’re in. So we end up with a lot of companies that make smartphone cases. Here [CES Asia], you have to be innovative. Or you have to have a well-known brand.”

CES Asia 2018 garnered some 43,000 trade attendees, with over 46,000 in total footfall, roughly one-quarter of the Las Vegas figure. To put CES Asia’s growth into context, attendance this year was up 20 percent, and its exhibit space grew 24 percent from 2017.

This year, CES Asia featured companies from more than 20 countries, regions, and territories. The event is fast becoming a major deal in its own right, with a focus that extends beyond its host country. 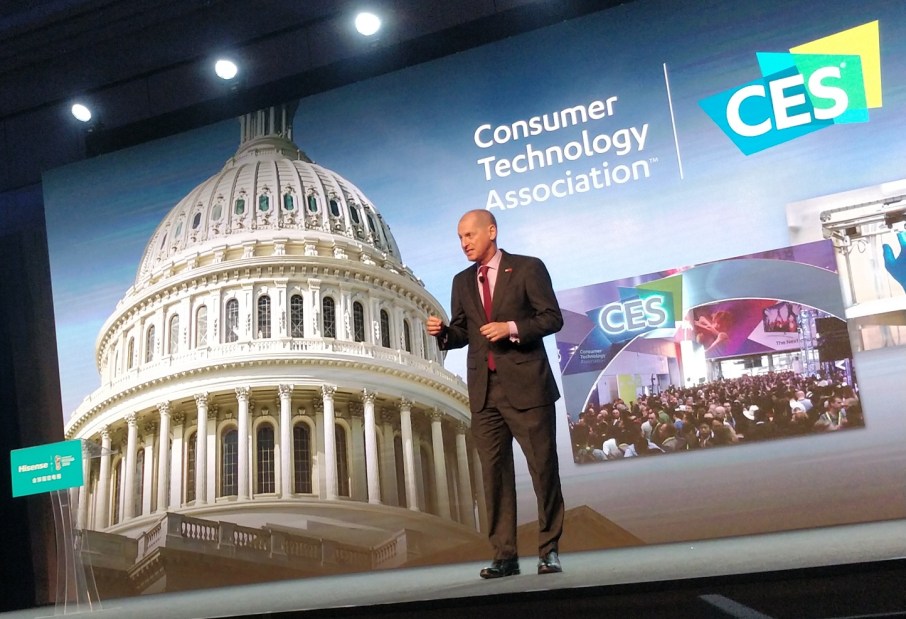 For the first time, VentureBeat strode the walkways of the Shanghai New International Expo Center (SNIEC) and attended countless keynotes and conferences to see first-hand what’s going down in China and in the broader region.

Unlike the annual Las Vegas event, there weren’t many mouthwatering announcements at CES Asia. There was no fanfare about the latest smartphone, smart fridge, or countless other “smart” contraptions. This Shanghai event was more understated, with less hype but a firmer focus on the transformative technologies that are set to shape everyone’s future.

A quick peek back at some of the top trends to emerge at CES 2018 in Las Vegas highlights the kinds of technologies that companies the world over are investing in, such as flying cars, virtual reality, autonomous vehicles and smart cities, smart homes, voice-activated digital assistants, and robotics.

All these things were present and correct at CES Asia, too, but for the first time in its four-year history, artificial intelligence was given its own category. This should come as little surprise given that AI is arguably the biggest technology trend of the moment, permeating everything from cybersecurity and recruitment, to creativity and ecommerce — it’s fast becoming a touchpoint that affects everything we do.

But it’s difficult to escape what will eventually become the biggest enabler of AI and all those other emerging transformative technologies: 5G.

Alongside the U.S., Japan, and South Korea, China is leading the way in 5G wireless technology. For the uninitiated, 5G isn’t about getting faster speeds to your smartphone, it’s about enabling smart cities and self-driving cars to seamlessly connect to everything at higher speeds, lower latency, and greater capacity, while VR and AR will benefit greatly from 5G speeds too. Everything in our future will pretty much be connected, and that is why it’s important not to understate the significance of 5G technology.

“5G and AI are igniting growth across the entire tech ecosystem changing the way we interact with technology and the world around us,” Shapiro said at the event’s closure. “It’s incredible to see technology refining and reinventing itself at such a fast pace. Just six months ago we were at CES with life-altering tech all around us. This week, I saw that technology refined, enhanced, and built upon in many ways, especially with AI and 5G integration and the creative ways those technologies are being imagined and implemented.”

Fitting neatly into all of the above is the humble automobile, which seems to be morphing into an almost unrecognizable entity. While more car giants are committing to going all-electric or hybrid, upstarts such as Byton are setting out to transform cars into next-generation “smart devices.” The company, which was cofounded by two German former BMW executives in 2016, is headquartered in China, and it announced $500 million in fresh funding and debuted its second concept vehicle, the Byton K-Byte, at CES Asia last week.

Byton is tooling up to launch an all-electric vehicle that’s ready for full autonomy, and which sports a gigantic “coast to coast” screen across the front dashboard. The first of these cars is expected to start shipping in late 2019. 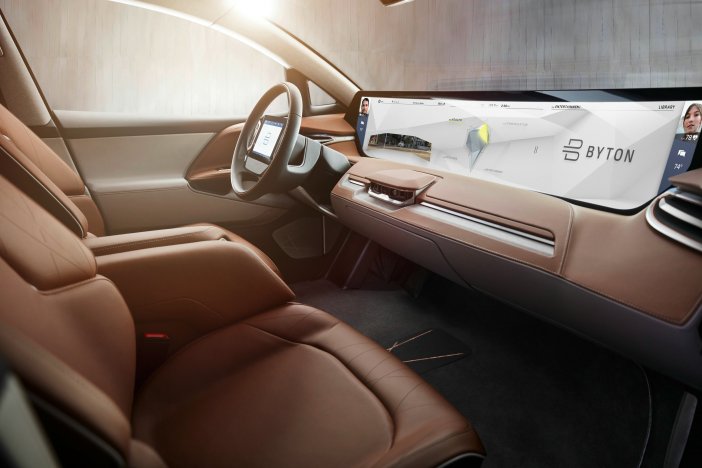 Smart automobile technology was a key focal point of CES Asia this year. General Motors (GM) offshoot Cadillac lifted the lid on its new Super Cruise technology, which it touts as the first “true hands-free driving technology for the highway,” and is expected to ship in China first with its upcoming Cadillac CT6. 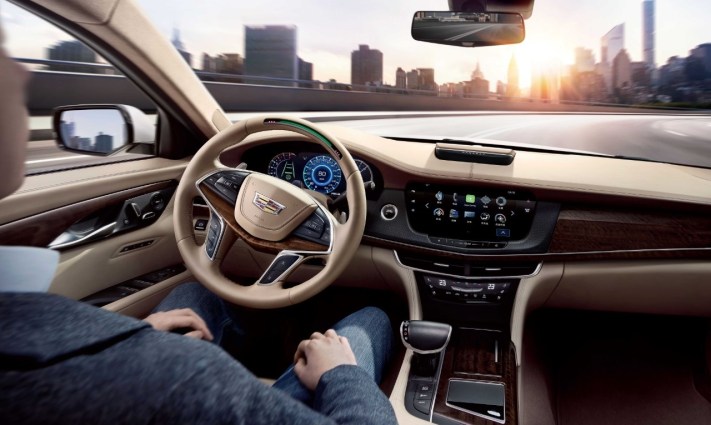 In the wake of a number of high-profile crashes involving self-driving cars and abundant reports that robots are out to steal our jobs, the AI community has a lot of work to do if it’s to convince the world that AI is a power for good. And one of the areas it could build trust in is showing how it could increase safety on the roads.

“Every year, 1.25 million people die in car crashes and more than 2 million people are injured around the world,” said Lyndon Lie, chief engineer of the Cadillac CT6. “Human error is a major contributing factor in 94 percent of crashes. General Motors, through its vehicles and technologies, has a responsibility to help alleviate this and other important societal concerns. GM’s vision is a world with zero crashes. Super Cruise is a major step forward on our evolutionary path toward that worthy objective.”

So there was nothing particularly surprising in terms of the broad trends that emerged from CES Asia, but there was one area that arguably didn’t get as much attention as one might otherwise have expected. And that’s blockchain.

While several sessions did touch on the subject, blockchain technology was not a prominent fixture of the CES Asia event, even though — judging by the pitches that fly into my inbox — it’s perhaps the hottest thing on the menu next to artificial intelligence. But the feeling I get is that blockchain is still at a very early stage, and companies are figuring out the best and most useful real-world use-cases for the technology. Blockchain may be in a hype phase, but that could change quickly.

“I’m expecting that trend [blockchain] to be more present at CES Las Vegas 2019, because brands are starting to use these distributed ledgers, blockchains, trust networks, for a lot of different reasons — but they’re not really keen to talk a lot about how exactly they’re using it,” noted Steve Koenig, VP of market research at the Consumer Technology Association. “I think the reason for that is they’re still trying to figure out what’s the right application — what’s appropriate, what’s not appropriate.”