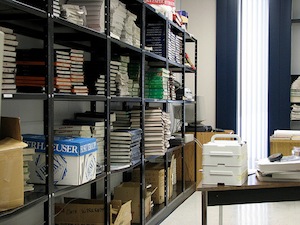 Textbook rental site Chegg has raised another $75 million in funding, according a report in All Things Digital.

Chegg was already one of the best-funded startups around, previously raising $84.2 million in equity, as well as $55 million in credit and debt, from Kleiner Perkins Caufield & Byers, Insight Venture Partners, and others. The new funding reportedly comes from Hong Kong investment firm Ace Limited.

Given the massive funding, Chegg is clearly aiming for a big exit, probably an initial public offering. The company says it now serves students on 6,400 college campuses, using its online textbook rental system to save them an average of $500 per year.

Competitors include BookRenter, whose CEO Mehdi Maghsoodnia told me earlier this year he’s aiming to build a successful company with less capital and lower costs than Chegg.

Update: Chegg confirmed that it raised $75 million from Ace Limited.