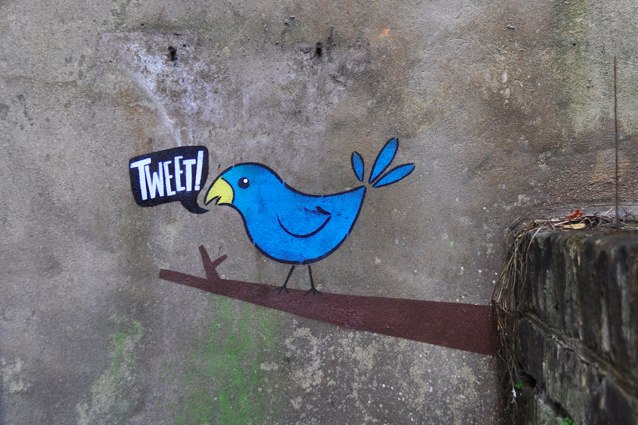 By turning tweets into transactions, startup Chirpify has secured an important transaction of its own.

Chirpify is a payment system that integrates with PayPal to allow individuals and businesses to transact on Twitter. The company, which debuted last year as Sell Simply before relaunching in February, counts Hewlett Packard, Nestle, and PowerBar as clients, and claims to be profitable.

“The concept of Chirpify began when I noticed individuals and brands listing their items on various marketplaces only to go to Twitter to tweet about the items,” Chirpify founder and CEO Chris Teso told VentureBeat. “Users then had to be taken off Twitter through a five-step checkout process before they could even transact. I decided to combine all aspects of that, remove a lot of steps, and let both listing and transaction occur in stream with one tweet.” 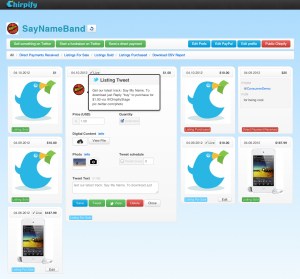 Tuesday, Chirpify expanded its offering with support for digital content, meaning musicians and bands can now sell content such as music or concert tickets directly to fans on Twitter.

Here’s how this works: An artist uploads content to the Chirpify dashboard, sets a price, attaches an optional photo, and pens the tweet text. When the content-for-sale tweet is published to Twitter, the listing is live and Twitterers, after first authorizing Chirpify to make a connection between their Twitter and PayPal accounts, can simply reply to the tweet to buy the content in question.

“We see a giant opportunity in the music space enabling bands and musicians to control their own distribution and sell directly to their fans on the same platform they spend so much time and energy gaining and engaging their followers,” Teso said. “The potential for concert tickets and music distribution is large.”

The modest round of funding is a small vote of confidence from investors, some of whom are operating successful social media businesses of their own. The round signals that Chirpify may have hit on a unique revenue stream that Twitter has not yet tapped. But history tells us that building a business on top of Twitter’s platform is risky. The information network has demonstrated it has no qualms about bulldozing over competition from third-party developers, and it’s currently on a big push to monetize its service.

No worries, Teso said. “We’ve had very encouraging discussions with Twitter Business and they love what we’re doing. They’re focused on their ad platform and have conveyed they have no intention to move into commerce in the way that we’ve enabled any time soon.”

Chirpify is a product of the Upstart Labs accelerator in Portland, Oregon. Upstart Labs provided the startup with $50,000 in the form of a convertible note.