iPhone application recommendation site Chomp has raised another $2 million in funding, after showing strong growth since its launch eight weeks ago. Thus far the site has gathered 300,000 users, who have left 1.5 million reviews.

The company has also acquired the domain Chomp.com and relaunched its website with new features — including vanity web addresses for users, and the ability for developers to link to their application’s review page. 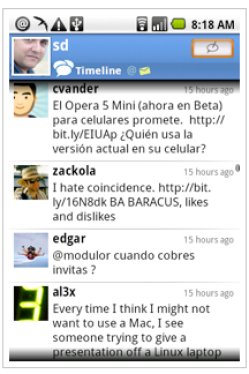 Chomp’s iPhone application allows you  to review apps with a simple “like” or “dislike” option (via heart and broken heart icons) and an optional 60-character review. It then builds a list of recommended apps based upon your reviews. The company believes this is a better method than wading through the iTunes App Store’s some 150,000 apps trying to find something worthwhile.

Co-founder and CEO Ben Keighran tells me that Chomp is also building a more useful collection of app review data than what Apple offers. He says that that the App Store’s native review process promotes a negative bias — since users are only ever prompted to review apps when deleting them, and many users rate apps with one star (out of five) without thinking. Those one-star reviews add up, and end up skewing application review totals more than they should.

You can always review an app from within the app store, but there’s no real incentive to do so. This leads to lower scores than many apps deserve, which inevitably causes users to skip over them when browsing the App Store. Chomp’s review scores, on the other hand, trend more positively since users aren’t just rating them at the point of deletion. 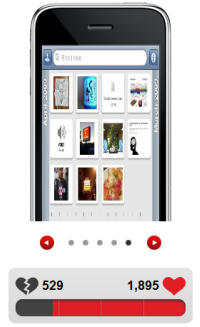 Take for example Evernote’s iPhone application, which has a 3-star rating on the App Store — including 119 1-star reviews, more than any other rating. On Chomp, favorable reviews for Evernote are much stronger (see screenshot) with 1,895 users liking it, and 529 disliking it. Keighran tells me that ratings matter a lot to iPhone users. His extensive user testing for Chomp showed that if an app is below three stars, they likely won’t even download it.

With its new website, Keighran believes that developers will find it useful to link to Chomp reviews of their apps. The addition of vanity URLs will also allow users to share their app likes and dislikes with others more easily. The vanity address takes the form of chomp.com/username. Users still need to sign up for a Chomp account via the iPhone app, but the company is working on bringing account creation to the site.

Chomp also recently launched Chomp Connect, which will allow developers to integrate a Chomp review option into their apps. This way, users don’t even have to leave their app to leave a review. Keighran tells me that Chomp Connect is very easy to implement, and can take the form of a button sitting somewhere in an app, or as a pop-up that appears after you launch an app a certain amount of times. Currently 104 developers are signed up to use Chomp Connect, with Booyah‘s location-based game MyTown being one of the first major apps to do so.