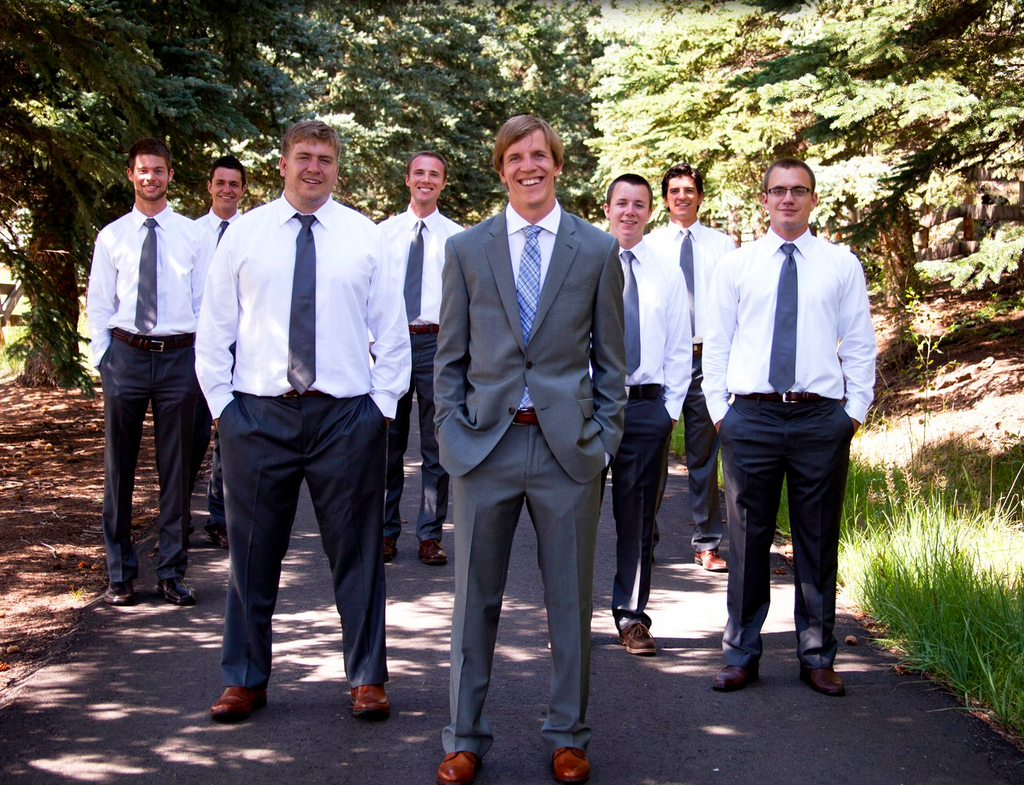 Combat Gent gives men no excuse not to have a well-made suit.

The online men’s store has raised $1.84 million in funding from well-known fashion investors and is the first company selected for the new Fashion Tech accelerator program.

The company is a direct-to-consumer brand that sells hand-tailored shirts, suits, ties, and denim. Cutting out the retailer middlemen allows Combat Gent to charge only $160 for suits that still look classy. The suit is a staple of the male wardrobe that has remained largely unchanged for 150 years. Even entrepreneurs who favor hoodies and jeans need a suit every now and then. However, well-made suits are traditionally expensive, and cheap suits look, well, cheap.

Founders Vishaal and Mo Melwani are cousins whose family ran Versace boutiques. They grew up learning about the fashion-garment industry and valuing designer clothing. After college, they saw many of their friends struggling to afford a decent work wardrobe, and they decided to apply their experience to building a company that helped guys feel like “complete bad-asses without breaking the bank.”

Combat Gent was founded in May 2012. It now has 72,000 active users and has done $100,000 in sales. It is part of a recent trend of male-focused e-commerce companies that simplify the process of shopping for men. Bonobos and Indochino are two well-known startups in this space. They provide online, curated selections of staple clothing items with a focus on fit. Men who don’t have much time, energy, budget, or style-savvy can use these sites to develop a complete wardrobe with minimal effort. Investors seem to like this space as well. Bonobos has raised over $70 million, and Indochino closed a $13 million round earlier this year.

Companies like these are impacting more than e-commerce — they are also part of the larger “Made in America” movement. The harmful consequences of “fast-fashion” made headlines in April after a large, multistory garment factory collapsed in Bangladesh, killing more than 650 people. Bangladesh is the center of the worldwide garment industry. Large brands like H&M, Nike, and Gap outsource to Bangladesh, where production is faster and cheaper. These lower costs come with unsafe, exploitative working conditions, however, and the April disaster brought the situation to the attention of American consumers. People want to patronize companies where they trust the sourcing and receive personal attention. Most of Combat Gent’s production happens in Los Angeles, and the company puts a strong emphasis on details.

The company has offices in Los Angeles and Las Vegas and has around 10 employees.