CommonSense Robotics, a robotics startup that’s aiming to help online retailers offer on-demand deliveries, has raised $20 million in a series A round of funding led by Playground Global, with participation from existing investors including Eric Schmidt’s Innovation Endeavors and Aleph VC.

Founded out of Israel in 2015, CommonSense Robotics is setting out to create automated fulfillment centers that any retailer can use to deliver goods to customers within an hour. The Tel Aviv-based startup wants to help smaller companies keep apace with the likes of the mighty Amazon through offering their own speedy dispatch and delivery services.

To enable this, CommonSense Robotics is offering what it calls “automated fulfillment as a service,” which involves building a network of high-capacity micro-fulfillment centers throughout urban areas using underutilized spaces such as underground car parks. The hubs will be owned and operated by CommonSense Robotics, with retailers paying a fee per order. Proximity to the consumer is key, as this is all about optimizing costs and speed.

A micro-fulfillment center could serve a single retailer, or it could be used by multiple retailers. Moreover, if a company has their own underused on-site space, CommonSense Robotics is open to building its facility there, although such a model won’t be its main focus.

In terms of what such fulfillment hubs will look like — well, it will constitute robots and artificial intelligence that will be fused to automatically process online orders. That’s about all we know for now. 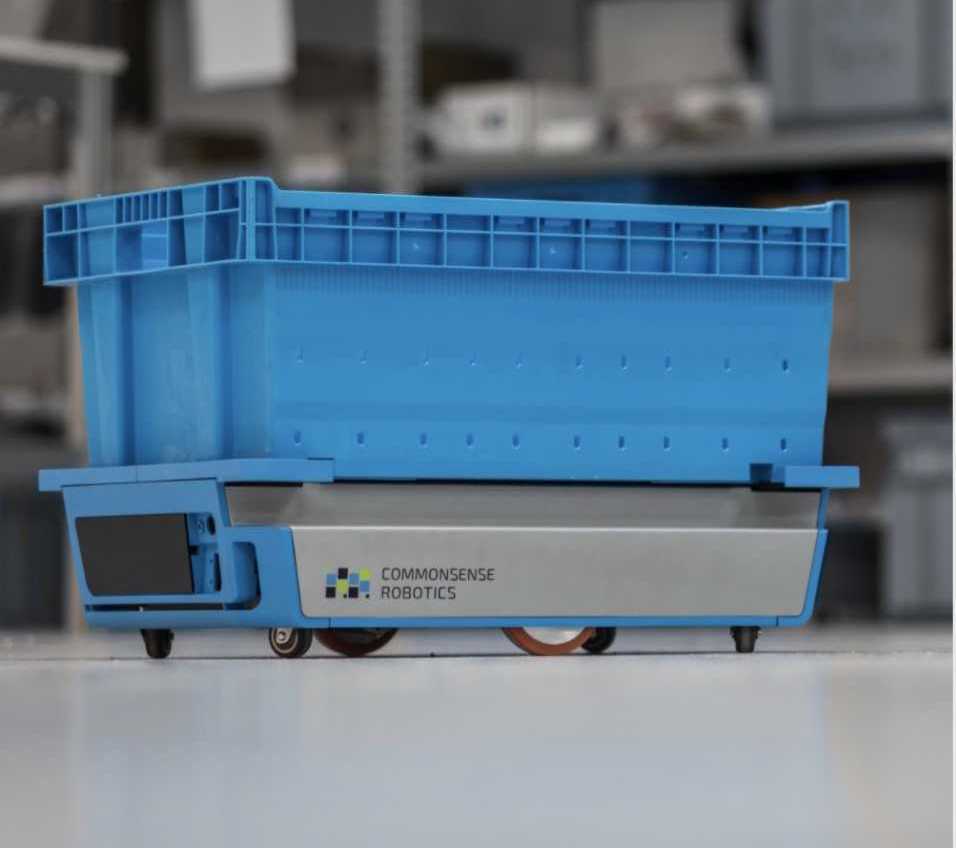 The main focus initially will be the grocery industry, which requires fresh produce to be dispatched swiftly and at scale, though it may delve into other industries that have high-volume orders with small profit margins, including the health and beauty segment.

Up until now, CommonSense Robotics had raised around $6 million, and with its latest cash injection it said that it plans to expedite the rollout of its micro-fulfillment centers and expand its global operations and sales.

“Continued interest from investors is a major vote of confidence in our company and in our vision to make on-demand retail accessible to consumers and retailers alike,” noted CommonSense Robotics cofounder and CEO Elram Goren. “The epicenter of this shift is a drastic change to how food is accessed, bought, paid for, and eventually prepared. We are excited to be facilitating a paradigm shift around how grocers sell and consumers access food.”

The company’s on-the-ground presence is still pretty early stage, however. It currently has an alpha operational facility in the underground parking garage of its own office in Tel Aviv, though there are no plans to make this a commercial site. Its first micro-fulfillment center will go live in Tel Aviv “in the next three months,” the company told VentureBeat, with plans for a further five spaces to open in the U.S. and the U.K. in 2018.

Robotics and automation are increasingly encroaching on the retail realm. Just yesterday, California’s InVia Robotics announced $9 million in funding to bring subscription-based robotics to ecommerce warehouses. And a few months back, French startup Exotec debuted its autonomous Skypod system that uses mobile 3D robots capable of moving in three dimensions at 10 mph, while Marble is engaging in food delivery trials with a number of companies. In the U.K., robotics-obsessed grocery giant Ocado unveiled a new picking and packing robot that uses computer vision to determine the best grasp for packing a fragile product without damaging it.

Ultimately, robotics and automation are designed to cut operational costs and increase logistical efficiency, and this is something we’ll see a whole lot more of across all industries.