As a software securities analyst, Richard Davis spends 200 days a year on the road visiting software companies. He goes to public companies such as Oracle and Salesforce.com, but he also visits up-and-coming software companies he thinks will go public in the near future. In his new column, Davis is going to talk about some candidates he thinks may be ripe for the IPO class of 2012 or 2013. 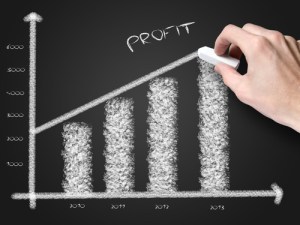 The San Diego-founded ServiceNow fits into the “hottest companies on the planet” category (along with Workday, HubSpot, BuddyMedia, MarkLogic, Acquia and a few others I’m not allowed to mention). What is really impressive with this company, is that the firm has built a few-hundred-million-billings company on what I believe is less than $10 million of contributed capital. Getting a lot of money upfront is not necessarily a bad thing, but most of the great software firms of today did not raise a ton of money.

Business-wise, ServiceNow has emerged as a best-in-class enterprise IT service management platform that is rapidly emerging as the go-to IT management platform for service desk staff, the CIO, app developers, IT finance, IT operations and business users. Unlike most other platforms which are a kluge of tools, ServiceNow started from the ground up to be SaaS (software as a service). The system helps users translate IT design and strategy into real life execution. In a world in which cloud architectures are rapidly subsuming legacy systems, ServiceNow looks to be a major disruptive force in the conservative (a.k.a. “old”) network tools business. We figure the guys at CA, BMC, IBM and HP are watching ServiceNow. It probably makes sense for you to do so as well.

I stopped by email and social-media marketing software company iContact’s funky new HQ offices in Raleigh, NC. The firm continues to grow rapidly by selling to small, medium and large customers. iContact’s introduction of a free low-end version of its product turned out to be exactly what I thought it would be: a good way to attract trial users, but not something that overturned the economic laws of email marketing. More interestingly, iContact recently announced the launch of a social-media content creation, scheduling and analytics platform.

In some ways, the functionality is similar to what another fast growing social media firm, HootSuite, is doing. What is different about iContact’s model is that it is charging nothing for the service if you are an email customer, and offering an add-on monthly outsourcing service that creates and manages social media communications. This strikes us as a logical, and potentially disruptive business model. Zero additional cost for the social media marketing (SMM) adds value to iContact’s email subscriptions.

The question we’ve been wrestling with is, how will incremental users of social media marketing tools handle time management? Small business owners are jammed for time, and while they almost certainly engage in social media marketing on an ad hoc basis, if they make the plunge to get fully engaged that means they have to create or find content to Tweet, re-Tweet, put on Yelp, Facebook and similar sites. “Engaged” means you put something out at least twice a week. iContact solves this dilemma for SMB managers with a service that will range between $750 and $2000 per month, depending on the size and complexity of the engagement. Social media marketing is a wide open space and pricing and functionality models are just emerging, so it will be interesting to see who wins.

Kinaxis: Supply chain in the cloud

In Toronto, I met with the senior management of this cloud-architected integration platform for sales, operations and supply chain management. Kinaxis addresses a problem that companies have faced for years, that and a couple dozen software companies have attempted to solve. To date, neither party has been especially happy or successful at the effort, respectively. That is until Kinaxis arrived. The firm appears to have developed a platform that combines messaging, business process management and analytics into a unified suite that the firm has branded Control Tower.

The firm is growing rapidly and boasts customers such as Pioneer, Avaya, Jabil, Teradyne, GE Aviation, Flextronics, Casio and Sikorsky. The broadly defined “supply chain” space has been a challenging investment for the past decade, with the only real success stories being Descartes, AspenTech and SPS Commerce. I like this space because companies that reach scale are quite sustainable since they solve difficult problems with substantial software (e.g. no lightweight Internet stuff that you could write over the weekend).