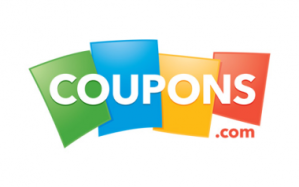 The largest provider of digital coupons, Coupons.com has nabbed $30 million of funding from Greylock Partners, the company announced today.

Unlike group daily deal services like Groupon, Coupons.com is focused on being a digital extension of the coupons that typically appear in print publications. The decline of print publications has allowed the 13-year-old company to continue its strategy of pushing vendors to put coupons online instead of distributing them through newspapers.

“As the coupon book in the newspaper gets thinner, it’s because it’s slowly moving to Coupons.com,” said Coupons Inc. CEO Steven Boal in an interview with VentureBeat.

The new investment will give Coupons.com access to Greylock’s resources, and the venture capital firm will also act as an important adviser, according to the company.

Previously, Coupons.com closed a $200 million round of funding to help continue its strategy of transforming the couponing industry from primarily print to digital, mobile and social platforms. The funding and guidance from Greylock will also go toward helping the company’s international expansion effort and point-of-sale integration.

Greylock has allocated up to $30 million in total capital for the investment and has invested approximately half of that to date.

Founded in 1998, the Mountain View, California-based Coupons.com has received $247 million total in funding to date. Coupons.com’s valuation is estimated at $1 billion, according to the company.