That’s the concept behind Coworking Camp, the brainchild of CoworkingSalzburg founder Romy Sigl, following in the footsteps of Geeks on a Plane, startups on a boat, and the Geeks on Rails event that Grow Conference sponsors. And it’s happening this winter in either Egypt, Tunisia, or Malta.

The event is a cross between working, networking, encouraging local startups … and fun in the sun. 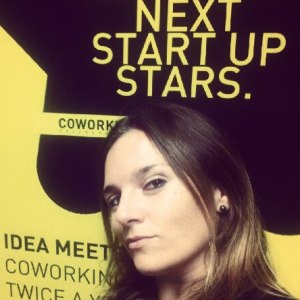 “Last winter we were very sad — it was very cold, always raining — we don’t want to have that anymore, and we wanted to go into the sun,” Sigl told me today. “At Coworking Camp we’ll have networking events, a ‘Showtime’ event every Monday to pitch what you’re doing, and people can work every day however they want.”

But there will also be scuba diving, beach volleyball, hiking, and swimming.

In other words, a young founder’s paradise — and everything that you can’t get in rainy, cold, wet central Europe. CoworkingSalzburg, of course, is in Salzburg, Austria, which Sigl says is beautiful in January-February when there is lots of snow but miserable in November-December.

The 50 or so participants in Coworking Camp will get a hotel in a warm, sunny location, a temporary office, a 50 Mbit/s connection to the internet, and access to angel investors who are coming along. For all that, founders will pay just 30€ ($38) a day for periods of between a week and two months thanks to offseason rates and bulk discounts.

But it’s not just about your startup. It’s also about the local startups.

Included in the trip is a “trade mission” to local entrepreneurs and a job fair for scouting local talent. The trade mission is a big part of the event for Sigl — and one reason why Egypt is still on the list of potential destinations despite the recent political tensions and regime change. I asked her why she would even consider Egypt right now.

“We are watching the developments every day and every hour, and we have people there who tell us that it’s really very unsafe in Cairo, but not in the tourist spots,” Sigl says. “But they also have interesting startups, and they need help, and we think we should support them.”

Supporting local startups, getting some work and networking done, and having some fun in the sun is comparatively easy for Austrian founders, Sigl says. Austrian startups have great support from the government, which, due to the trade and networking aspects of the event, will cover 50 percent of founders’ costs in attending.

But Americans and founders of other nationalities are encouraged to attend as well, even if it costs them a little more.

“We are very happy to have people from all around the globe,” Sigl told me. “We have an interesting mixture of startups, IT startups, health startups, freelancers, developers, graphic designers, and writers.”