CrossCut Ventures is announcing it has raised $125 million for its fourth seed fund. The Los Angeles fund will invest in a wide variety of startups, ranging from software-as-a-service to games and esports companies.

Brian Garrett, cofounder and managing director, said in an interview with VentureBeat that new fund is a testament to CrossCut’s success in funding Los Angeles startups for the past nine years. The partners targeted a raise of $100 million, and actually hit the limit of $125 million with strong support from institutional investors. That’s a lot of money that will be earmarked primarily for “Silicon Beach” startups in the growing tech region of Los Angeles.

The new fund is bigger than all three of the company’s previous funds combined. Garrett said the company has four managing directors who focus on distinct areas and take a “founder first” approach to working with companies.

“This shows the general momentum of the Southern California tech ecosystem,” Garrett said. “We believe that small VC investments make sense, and that standing apart from Silicon Valley has served us well. We’ve played a small role in catalyzing this region since 2008.”

He noted it is easier to stand out in Los Angeles, compared to the several hundred venture funds in Silicon Valley.

CrossCut started in 2008 and invested $50 million across its funds to date. Its 70 startups went on to raise $1.3 billion in follow-on capital from funds such as Accel, Sequoia, KPCB, Battery, Bessemer, General Catalyst, Andreessen Horowitz, Menlo Ventures, Stripes Group, Lightspeed, Index, Upfront, and NEA. 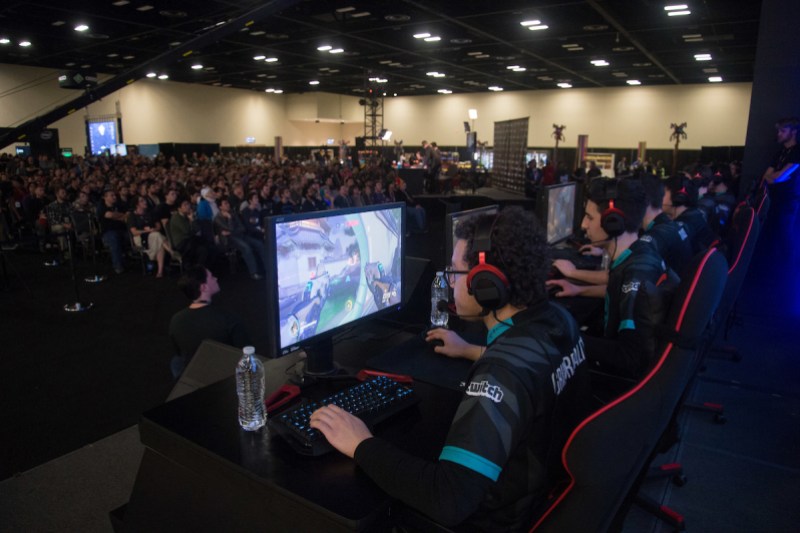 Above: Immortals play in an Overwatch Tournament at PAX South.

About two-thirds of the portfolio is based in Southern California. Among the startups: DeepCurrent, Retina.ai, and Reaction Commerce. It has had 11 exits to date, and its notable investments are DocStoc, GumGum, Ipsy, Shoedazzle, Fabletics, Narvar, Super Evil Mega Corp, The Black Tux, Winc, Lettuce, Gradient X, Inspire, Data Science, HelloTech, MobCrush, Jyve, ConversionLogic, Comparably, DeepCurrent, Branch Messenger, StreamLabs, and the esports franchise Immortals.

Garrett started the fund in 2008 with Brett Brewer and Rick Smith. The general partners have been investing in Los Angeles since 1997. Four years ago, Clinton Foy joined as a general partner to invest in games and esports.

CrossCut said that 25 percent of the teams in its previous fund included at least one female founder, and 56 percent of the founding teams are diverse in race or gender.

“I was CrossCut’s very first investment as they formed the fund back in 2008. It’s been amazing to watch their success and growth. They have quietly and humbly built one of the best reputations in VC by working tirelessly on behalf of their portfolio companies.” said Jason Nazar, founder of DocStoc (sold to Intuit) and now a cofounder of Comparably, in a statement. “They deserve a lot of credit for catalyzing this ecosystem and were the first to recognize the opportunity and build a fund and brand around it.”

Garrett said that the company’s exits ranged from four times the capital invested to 15. he said the results were based more on a good batting average than any single home run investment. Garrett believes the partners can now make about 10 deals a year, with two or three deals per partner. The initial checks range from $1 million to $3 million in a seed round.

“Gaming and esports don’t have a set allocation, but our effort to bring Clinton on board in 2013 was a conscious move,” Garrett said. “It’s a growing area of importance across areas like AR, VR, gaming, esports, and frontier technologies.”

As for Southern California, Garrett believes it is good for the region to diversify beyond the early focus in adtech and ecommerce companies. It is now expanding to things such as esports and blockchain, and everything in between.