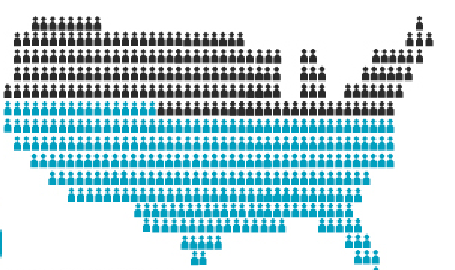 President Obama signed the Crowdfunding Bill, aka the JOBS Act, into law today. It will change the way startups do business in a lot of ways, most notably by making it easier for them to accept smaller investments from a larger number of investors. Chance Barnett, chief executive officer of crowdfunding service provider Crowdfunder, sent us the nifty infographic below helping to explain.

Barnett has been on Bloomberg TV and TechCrunch arguing the merits of the new bill. He said more than $15 million in funding has been waiting on the sidelines that will be invested in over 1000 companies now that this bill has become law. And, like many proponents of the JOBS Bill, Barnett believes it’s a good thing that less wealthy Americans who don’t qualify as accredited investors will now be able to put their money into young businesses and reap the rewards.

But before you plow your retirement fund into sleep masks to enable lucid dreaming or prototype Space Shuttle replacements, hold up a second. The Crowdfunder infographic claims that of the more than $430 million dollars invested in Kickstarter, CrowdCube, and Prosper, there have been zero cases of fraud. While we don’t know of any official fraud cases brought against Kickstarter backers by law enforcement, we would like to take issue with that figure.

Adrianne Jeffries at Betabeat has reported on two separate Kickstarter projects that drew allegations of fraud. Backers put $27,000 into the Tech-Sync Power System before the project was mysteriously cancelled after failing to explain how it could deliver on its promise.

Perhaps more striking is the case of Vere Sandals. The project was successfully funded more than one year ago, on March, 1 2011, raising $56,618 from 1,091 backers. Just five hours ago, frustrated backers were still leaving comments on the project page asking why they had not received their sandals. More infuriating to those who pledged money is that Vere Sandals has begun retail operations, selling shoes directly to merchants, without first completing its commitment to its Kickstarter backers.

“Over a year ago I backed a new company — Vere Sandal Co. — that wanted to get in business. Never had I anticipated that using the backer’s money to finance retail business would be the result,” wrote backer Rajesh Patel.

“That they were shipping to retailers even as they were making excuses to backers just makes a bad situation worse. Personally I don’t expect I’ll be seeing the sandals, getting my money back or even hearing from these folks. They have made clear how they do things and it is merely a case of ‘backer beware’,” wrote Dan Cohen.

“How can you ship to retailers before the people who backed you over a year ago? This company is a total scam and I want my investment back!” wrote Adam Browning.

There was never an official contract between the backers and Vere Sandals. As Kickstarter’s terms of service make clear, “Kickstarter is not liable for any damages or loss incurred related to rewards or any other use of the Service. All dealings are solely between Users. Kickstarter is under no obligation to become involved in disputes between any Users, or between Users and any third party.”

[Update: VereSandal has responded to the original story at BetaBeat, with an explanation for the delays. It points to mechanical, sewing machine, and other frustrations that delayed the project. So on the face of it, the delays appear to stem from mere execution issues, rather than efforts to defraud.]

Hopefully, crowdfunding portals will be responsible stewards for investors’ money and the result will be a boom in small business creation. But clearly, some ordinary people who put their money into crowdfunded projects haven’t seen the return they were promised.

Have you been disappointed by a crowdfunding investment? Know of any examples of crowdfunding fraud? Email us and let us know.