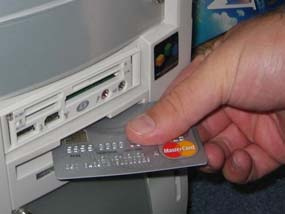 Online retailers racked up a cool $1 billion in sales on Cyber Monday — traditionally the heaviest online holiday shopping day of the year — and sales were up 16 percent from a year ago, according to data from comScore.

Cyber Monday is typically a day when the most popular online retailers, like Amazon.com and computer hardware retailer Newegg.com, offer the most deals. It’s a way to lure in consumers that are looking to get their holiday shopping done early but don’t want to be trampled by shoppers at 4 a.m. the day after Thanksgiving.

Sales at online retailers were also 59 percent higher than the roughly $650 million generated by foot-traffic directed sales on Black Friday. To date, shoppers have spent a total of around $13.5 billion for gifts and the like during the holiday season since the beginning of November. Consumers are also spending more when buying from online retailers this year. The typical shopper spent an average of $114, which is up 12 percent from typical sales last year. The number of buyers edged up only slightly, growing from 8.7 million consumers last year to 9 million this year.

It seems that at least a few individuals were slacking off and getting their holiday shopping done during work, since most of the shopping occurred on computers that were connected to a workplace network. That’s pretty typical, though — more than half of online retail sales happened at work last year as well. But as a sign of tougher times, the number of shoppers buying while at work actually fell this year. So more employees are actually buckling down and working regardless of the sweet deals happening on the Internet.

Holiday sales are expected to ramp up over the next several weeks in advance of Christmas. The next three weeks are typically the best performing weeks for retailers — especially online retailers. In 2009, retailers raked in around $5 billion each week for the three weeks leading up to Christmas.