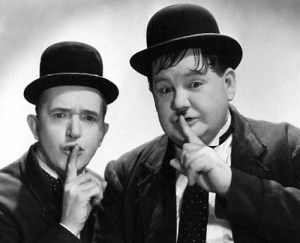 What do you do after the company you founded sells for almost $7 billion?

Raise another $5 million to start a new company that does something. It almost doesn’t matter what. With a track record like that, you can write your own ticket.

The founders of stealthy startup Dashlane won’t say what they do, but they just raised $5 million to do whatever it is they are doing.

Today New York-based Dashlane announced its first round of funding but until the company switches from stealth to private beta the company will be known, maddeningly, as “a consumer Internet company.”

Another detail the company isn’t being shy about promoting is that it was co-founded by the former founder of Business Objects, Bernard Liautaud. Business Objects was acquired by SAP for $6.8 billion in 2007, making Liautaud an intriguing figure to follow.

“I’m not Bernard, should I hang up?” jokes Dashlane’s other founder, CEO Emmanuel Schalit, at the start of a phone interview with VentureBeat. He’s calling from the company’s Paris office.

“We are a few weeks from private beta and, until then, we are releasing no real details about the product,” he says in his thick French accent. “I can tell you we are attacking a harder problem than a restaurant check-in. We’re not trying to solve a small problem. We are going after a really big problem.”

The company’s press release says Dashlane is “a consumer Internet application that aims to solve an enormous, longstanding problem affecting nearly all Internet users: how to quickly, securely and efficiently shop, pay or sign into online sites, while bypassing the hassle of repeatedly typing in the same information, entering credit card details, names, addresses, and having to remember and enter login details.”

And that’s all the release says, besides announcing the $5 million round, which is a huge amount for  a pre-product company to raise, especially from well-known New York City-based venture capital firms Rho Ventures and FirstMark Capital. Schalit says these firms are the biggest reason Dashlane is now headquartered in New York and not Silicon Valley.

“The company was originally in Paris,” he explains. “We picked New York as the real headquarters because San Francisco is a tough environment to hire engineers. We also have a team in Paris, and [San Francisco is] a long flight and major time difference.”

When pressed for more hints about the product, Schalit instead describes the problem Dashlane is working to solve.

“Typing the same information over and over, like passwords and addresses for ecommerce checkouts, creates friction,” he explains. “These things are a real pain when using personal computers, let alone keyboard-less mobile devices that have extreme friction. Our product will allow consumers to drastically reduce the amount of friction.”

He also talks about the ability to “play” with the product, a verb not often used with something outside of gadgets and games. During our call, I get the feeling Schalit likes to play with tech reporters too. I tell him his product had better live up to all of this stealthy-hype.