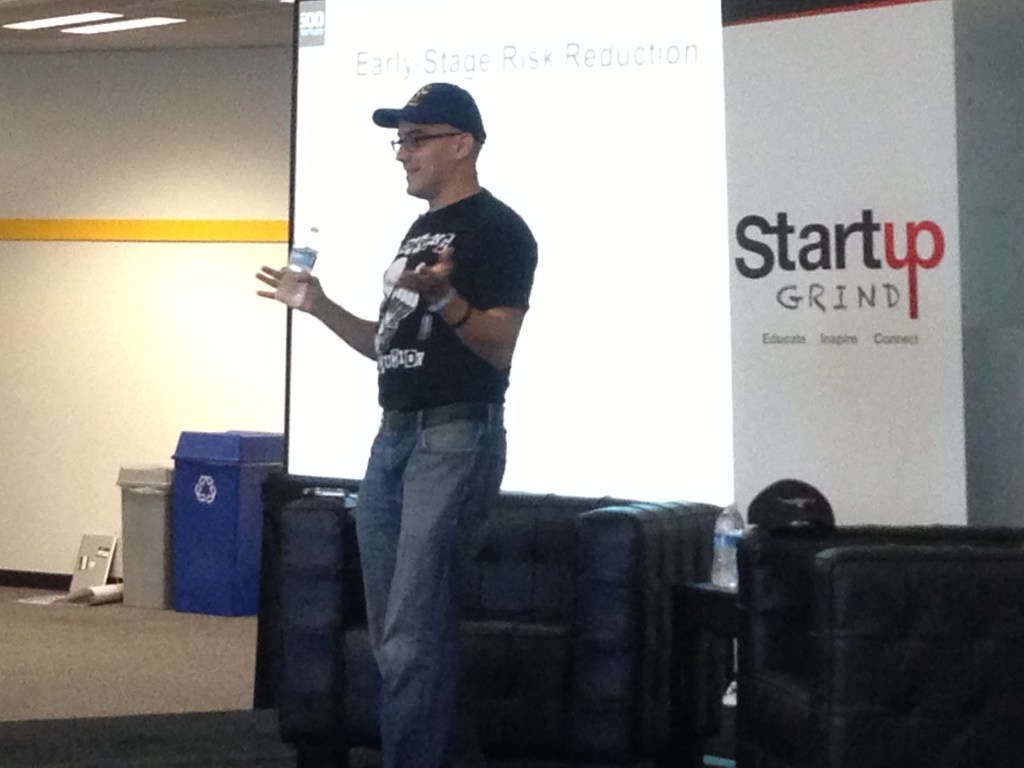 “Most things fail,” the influential and opinionated angel investor said on stage.

“The primary reason most startups fail is lack of customer acquisition at reasonable economics,” McClure continued. “There are a lot of other reasons. You might be stupid or foolish or might be unable to lead or hire or not wake up early enough, but it is likely if you are not an idiot, you will be able to get a product out the door.

“For most of the startups in the room, you are going to fucking fail.”

McClure said these words of profane wisdom in a presentation titled “Why Incubators Hate Your Startup” during Startup Grind, a conference for entrepreneurs. The word “hate” should have signaled that the talk wouldn’t be all sunshine and roses, but McClure drove home his oft-repeated point that it’s a far better thing to groom ugly ducklings than farm black swans.

McClure is known for being an iconoclastic figure even in a community filled with iconoclasts. His investment strategy is to make a large number of small investments, both inside and outside of his incubator program. He is also “bullish” on developing markets in Asia and Latin America, and today the 10 startups participating in the Mexico City accelerator program are presenting in Mountain View.

These are rather unusual words from a mentor figure, but perhaps it is a needed dose of reality. The fact is that many startups do fail, some yield small returns, and a few succeed. For 500 Startups, McClure cites these as Wildfire, which Google acquired for $350M in 2012, and TaskRabbit, which is valued at more than $100 million. Despite these odds, the wins are big wins, and McClure said that the Wildfire exit provided a 15X return that essentially paid for an entire 500 Startups class.

Which brings us to tomorrow’s demo day.

Just down the road in Mountain View, the 33 companies that participated in this fifth incubator batch will present to a room filled with investors (and a few journalists). The class is diverse, with over 57 percent based outside of the U.S. and around one-fifth containing a female founder. McClure anticipates that one-third of these companies will raise a million or more, one-third will raise $500,000 or more, and one-third will raise 250,000 or less. He said one company has already quit, and a couple “probably won’t raise enough capital to stay open much longer.”

The valuations will mostly price around $5 or $6 million, and the startups will have enough runway to operate for the next six to 18 months until the next milestone. McClure advises his portfolio companies to raise 50 percent more capital than they need and advises against raising as much money as possible as a “badge of honor.”

When pitching McClure, the first step is prove that you aren’t “fucking stupid or crazy.” From there, entrepreneurs need to display a functional product that was built with the consumer in mind.

“A lot of venture capital filtering is risk reduction through network,” he said. “A lot of people will start to pitch me and ask why they need to go through a network? I can’t identify in 30 seconds if you are fucking crazy or an idiot or something else, not that I am not.”

On Jan. 31, the incubator began accepting applications for its 2013 spring batch, requiring companies to apply via AngelList. McClure told the audience at Startup Grind that he is “materially involved in AngelList” and that all entrepreneurs, whether they are raising money or not, should have a profile in the network. 500 Startups first experimented with AngelList applications for its last batch of companies, and the partners were so impressed with the results that they made it the new standard.

500 Startups has invested in about 400 startups in the past three years, and McClure anticipates reaching the “500” goal in the next year or two. Stay tuned tomorrow for live coverage from the demo day in Mountain View.