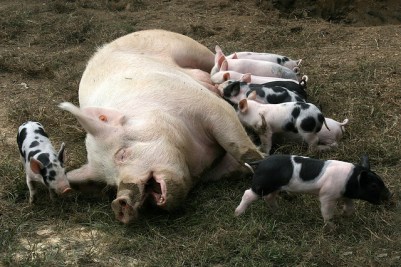 Content farm Demand Media has delayed its IPO because of questions about its accounting practices, according to All Things Digital’s Kara Swisher.

Demand amortizes the cost of its cheap, substandard content over five years, meaning that only a fifth of those costs are matched against the current year’s revenues, which boosts reported profits. That’s not necessarily illicit or even wrong, but according to Swisher’s sources, discussions between Demand and government regulators over how to explain its accounting practices to investors have held up the initial offering, which had been expected by year’s end.

Demand filed an amended S-1 on Wednesday explaining that because its content is “long-lived” (it publishes a lot of “evergreen” content, like “How to rotate your tires,” as opposed to timely news articles), it continues to collect revenue on it for years after publication. And so, Demand’s novel idea has it, the costs of creating that content should similarly be spread out over years.

Most media companies, online and off, immediately report the total costs of content creation.

“Obviously,” Swisher writes, “since this accounting treatment results in more attractive financial results, the longer expense period is of great interest to many other online content creators–such as AOL and Yahoo–which are watching the Demand IPO closely.”

In its S-1 SEC filing, Demand says that if it spread the costs out over six years, its net loss for 2010 would fall by $1.6 million. If it accounted for costs over only four years, losses would rise by $2.4 million. The company says it uses an algorithm to determine the “useful life” of its content.

In November, venture capitalist Bo Peabody wrote a scathing report outlining his reasons he would “never invest in Demand Media’s IPO.” The company’s content amortization was among those reasons. The practice “might make sense if Demand broke out its advertising revenue by time,” he wrote, “and demonstrated that the revenue associated with each piece of content follows this same five-year amortization schedule. But Demand doesn’t do that because it’s likely not true.”

Swisher’s sources said Demand’s road show for investors will have to wait until the Securities and Exchange Commission approves the IPO. Demand hopes to raise $125 million, giving the company a valuation of $1.5 billion.