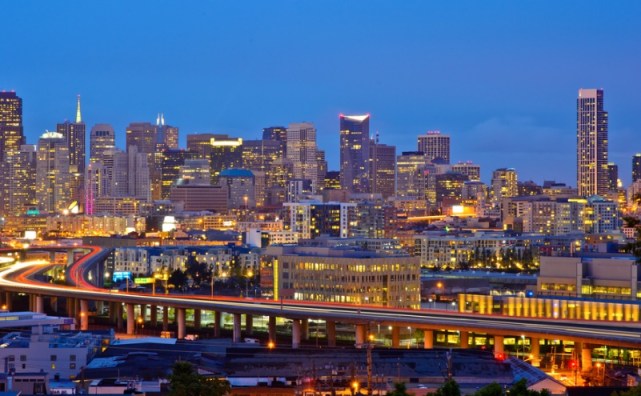 This post was contributed by serial entrepreneur Bill Karpovich.

Like many other engineering types, I dreamed for years of starting my own high-flying technology company. Like a moth to light, I am inherently drawn to the idea of creating something from nothing and seeing it grow. It was thus no surprise when I left my big-company career at Accenture a few years out of college to join the startup world. It was Mark Andreessen’s cover shot on Time magazine in 1996 after Netscape’s era-defining IPO that finally pushed me over the edge. Sixteen years later, I am on my fifth startup. It’s been a phenomenal ride that has culminated (so far, at least) with my current startup, Zenoss, of which I am co-founder and CEO.

In startup circles, nothing about my story is particularly surprising on the surface. In fact, to the degree that there is a “typical” entrepreneur story, mine would be it. What is novel and contrary to conventional wisdom, though, is that I don’t live in Silicon Valley (or even Cambridge). I live in Annapolis, Maryland, the nation’s Sailing Capital. And most of Zenoss is in Austin, Texas, the world’s Live Music Capital.

I agree with Eric Ries that, indeed, “entrepreneurs are everywhere.” My experience takes me a step further – I feel it’s actually a competitive advantage to build startups outside of Silicon Valley.

Can You Guess Birthplace of the Cloud?

At the risk of channeling Al Gore, let me set the record straight and share with you that the cloud as we know it today began in Maryland. It was two Maryland-based startups that pioneered the early Infrastructure-as-a-Service (IaaS) and Software-as-a-Service (SaaS) offerings that are the cornerstone of the modern cloud. Not coincidentally, these companies are where I first cut my teeth in the startup world.

The first was Digex, Inc., one of the first Internet backbone providers that stumbled upon the web hosting business in 1994 (think IaaS v1.0), and ultimately went public in 1996. The second was USinternetworking, the first pure-play SaaS provider, which went public in 1999 — back when we were called “ASPs” (initially for “Application Service Provider,” ultimately for “Awful Stock Price”).

Chris McClearly, who also lives in Annapolis, was the CEO of both of these companies and remains my entrepreneurial mentor to this day. For an entrepreneur-in-training, there were no better experiences to be had than working with an experienced executive like Chris. We created new industries from scratch and became global leaders; we changed the world, created billions in market cap and crushed our competition in Silicon Valley – all from our perch on the Chesapeake Bay.

The idea to start our own company came directly from our experiences at Digex and USinternetworking. Both companies were essentially large-scale IT operations, and our biggest struggle was our management software platform. After blowing millions of dollars on failed efforts with legacy management framework vendors, we ultimately succeeded by building our own custom solutions.

Living it twice, it finally dawned on us that the world needed a new IT operations platform to take on the new challenges of the cloud area, and that’s what Zenoss is all about. We formally launched the business in 2006 and have enjoyed strong growth since that has brought us to more than 100 employees, over 300 customers and over 100,000 active members in our global user community.

After we closed our Series B funding round, we were confronted with the problem that all emerging growth companies eventually need to address – how do we scale the team without compromising passion and know-how?

We had built a great core team in Annapolis, but there simply weren’t enough people there who had the requisite experience with IT operations software to grow at the desired pace. Mind you, this story would have been very different if we were building a world class sailing team.

To the surprise of many, we ended up expanding 1,500 miles away, in Austin, Texas. For us, this was a no-brainer. The key attraction was – and still is – the fact that Austin is a Mecca for IT operations software. As a result, there is a disproportionately large population of folks who are not only experienced with the nuances of building our kind of software, but they are also passionate about it.

In Silicon Valley, they appreciate what we do, but it’s not the latest shiny object that drives the region’s never-ending hype cycle. More so, Silicon Valley lacks the talent pool of Austin when it comes to IT operations software. While you could certainly find the technical talent there, it would lack the passion and context that we have found in droves in Austin. This is largely a product of Austin’s rich heritage of successful IT management companies — a list that is headlined by Dell.

In the end, startups succeed by being closer to and caring more about the problem they are solving than simply having a Silicon Valley address. In this game, passion trumps profile every time. The key is to design your company to tap into the deepest reservoirs of energy where you can find it, no matter where it is. Who knew that Austin was not only the world’s “Live Music Capital” but also the world’s “IT Operations Management Software Capital?”

Be Wary of Groupthink

There are many great thinkers in Silicon Valley, and there is of course tons of innovation. The latest ideas spread like wildfire up and down Highway 101, and even faster along Sand Hill Road – home of most of that area’s sizable and influential venture capital community. Ironically, the efficiency of this ecosystem can at times works against itself in the form of groupthink.

Entrepreneurial memes are always on the rise and fall, and there are undoubtedly always shared lessons to be learned. Over the years, though, I have noticed a surprising orthodoxy among the entrepreneurs and investors in the Valley. New ideas are rare in Silicon Valley. Once they are proven (watch for the latest IPO or billion dollar acquisition), they spread quickly and, in the wake of intense competition – as well as fear of missing the latest wave – a template forms. If you are not aligned with one of the fashionable templates, your mojo in the Valley can quickly whither.

Innovation is by its very nature non-conformist. The groupthink that occurs in Silicon Valley is one of the area’s clearest and most significant downsides. I certainly find it valuable to keep a pulse on the hot ideas on the West Coast, but operating outside of that ecosystem provides a degree of independence that is very healthy for budding companies. Startups need to be focused on the needs of their customers, whether or not the latest entrepreneurial technique applies.

The last point I’ll touch on is funding. Here again, I think the advantage goes to those outside of Silicon Valley.

While there is a great supply of money in Silicon Valley, there is also much more competition. While there is a wonderful ethos of risk taking, good ideas can drown in the noise and groupthink.

My experience is that good ideas and strong teams will get funded no matter where they live – and sometimes an unknown address can even help you stand out from the pack. At this point, the entrepreneurial ecosystem is sufficiently global so that no matter where you are, there is capital available for viable ideas.

Finally, if you need or desire money from Silicon Valley VCs, it’s certainly not limited to local companies. In fact, Silicon Valley VCs are very accommodating to out-of-towners. A day trip is all it takes to access the central bank of technology. As an out-of-towner, you may even find it easier to get a meeting. The good ideas that get famous in Silicon Valley have to come from somewhere – and it’s usually not there.