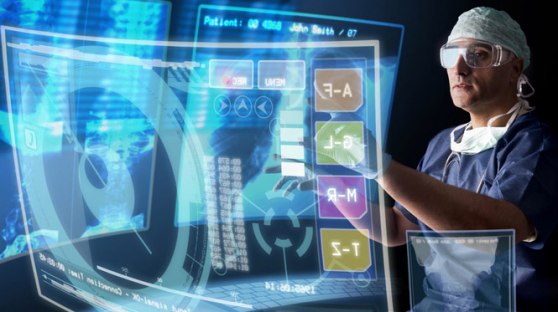 Doximity is on a roll! Shortly after announcing that LinkedIn’s cofounder had joined its board, the free networking tool for physicians pulled in its second round of venture capital funding.

The $17 million series B round was led by Morgenthaler Ventures, with participation from Emergence Capital Partners and InterWest Partners.

“We’ve been following Jeff Tangney and the Doximity team for more than three years,” said Rebecca Lynn, partner at Morgenthaler Ventures. “We’ve had an extensive thesis in the Health IT space for some time, and Doximity stood out as a company that is solving a significant problem in a sizable market.”

The company started as a LinkedIn for doctors, and this year it added a newsfeed feature that allows doctors to post messages to colleagues they are connected with on the platform. A smart move — Doximity has grown rapidly since securing its first round of funding 17 months ago because doctors have few other options. They cannot use traditional social networks, email, or SMS texting to discuss patients, which is considered a violation of privacy.

“Simple communications between doctors is one of the most challenging problems in the healthcare industry today,” Jeff Tangney, founder and CEO of Doximity told me. 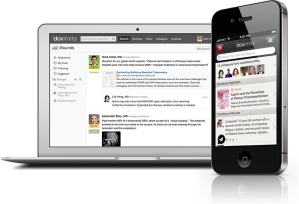 Doximity hopes to connect doctors so that they can collaborate on cases, identify the right candidate for a referral, send private messages to each other, converse about the latest research, and gain exposure for their practice. It has experienced rapid expansion and recently announced that one in seven physicians in the United States have signed up.

The company deals with sensitive health information, so it has needed to ensure that it meets privacy standards. As founder and chief executive Jeff Tangney explained in a recent interview with VentureBeat, “Unlike traditional social media, Doximity enables doctors to securely discuss patient care in a private, closed, HIPAA-secure environment.”

Read more here about how the company is tackling the fifth-largest cause of death in the United States by reducing medical mistakes and errors resulting from miscommunication.

In May, Konstantin Guericke, LinkedIn’s cofounder, joined the board of the San Mateo-based startup. This is the kind of heavy-weight support that the company needs to compete with startups in the space: Sermo, QuantiaMD, and DocBookMD.