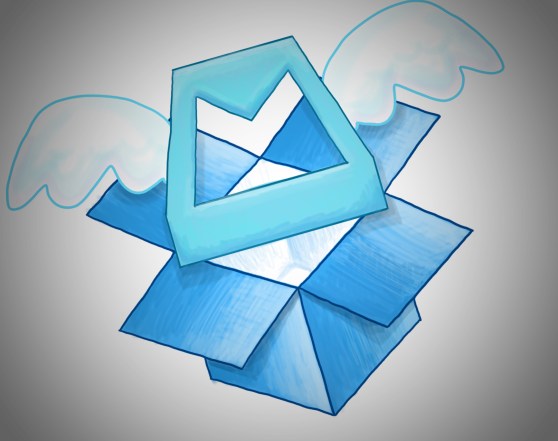 File-sharing company Dropbox has acquired Mailbox, the email management app everyone’s been drooling over for the past few weeks all over the Internet.

In a note on the Dropbox company blog, co-founders Arash Ferdowsi and Drew Houston wrote that they were as obnoxiously besotted with the idea of the app as the rest of y’all.

“When we discovered Mailbox, we fell in love — it was simple, delightful, and beautifully engineered,” they wrote.

“After spending time with [Mailbox parent company Orchestra founders] Gentry [Underwood], Scott [Cannon], and the team, it became clear that their calling was the same as ours at Dropbox — to solve life’s hidden problems and re-imagine the things we do every day. We all quickly realized that together we could save millions of people a lot of pain.”

The Dropbox folks didn’t say how much the barely-even-launched-yet app was worth in dollars and cents for the purposes of this deal, but they did hint they’ll be using their audience to get Mailbox even more distribution than its already ridiculously long line of panting nerds waiting for an invite.

If you’d like to get an idea of what the aforementioned nerds are panting about, here’s a demo clip. Roll ’em!

Orchestra took a $5 million round of funding late last year from Charles River Ventures, Ron Conway’s SV Angel, and Kapoor Capital, among others. The Mailbox product was first announced mid-December 2013, but a long queue has prevented many eager beavers from actually getting their hands on the app, which is only available now for Gmail and iPhone.

Orchestra was founded in 2011 and is based in Palo Alto, Calif.